American City Pest & Termite Inc. presented $4,000 in scholarships to residents of the Housing Authority of the City of Los Angeles (HACLA).

These college-bound students have worked extremely hard and persevered to reach their goals and earn these scholarships to attend college, according to American City.

“Many of these students are first in their family to attend college. The stories they told of the obstacles they overcame to get to this point were inspiring,” says Ziemke in a press release.

American City is in its 40th year providing pest and termite services in Southern California while giving back to the community.

“It was an honor to be a part of the selection process and the presentation of the awards. We congratulate the students and cheer them on as they pursue their dreams,” adds Bausch in a press release.

Founded in 1979 by Ziemke’s father, Jim Shockey, American City moved to its current location in Gardena, Calif., in 2001. The company serves residential, commercial and industrial accounts in the Los Angeles and Orange County, Calif., areas. Among its commercial accounts are restaurants, shopping centers, hospitals, universities and schools. According to American City, employees are proficient in the Healthy Schools Act and integrated pest management. 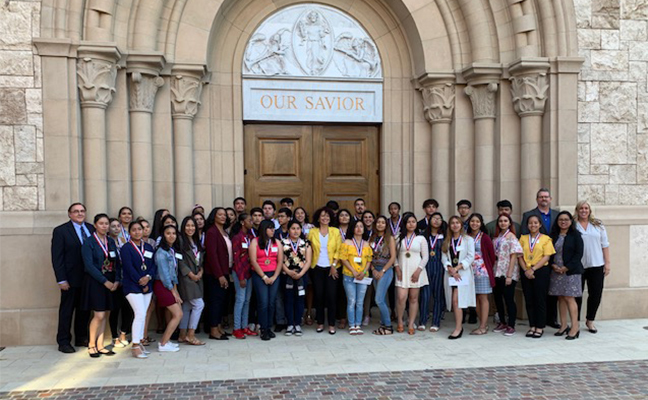