Australian researchers successfully completed a human trial on a vaccine designed to eliminate the risk of a severe allergic reaction to European honey bee stings, according to a press release from ScienceDaily. 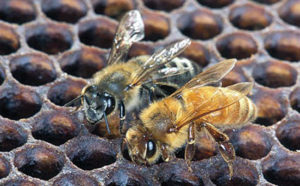 The clinical trial at Flinders University and the Royal Adelaide Hospital included 27 adults with a history of allergic reactions to bee stings.

The vaccine used in the trial contained a unique sugar-based ingredient called an adjuvant, developed in Australia, which is designed to help the body neutralize the bee venom at a faster rate.

Dr. Nikolai Petrovsky says the adjuvant used to enhance the bee sting vaccines has now been successfully given to more than 1,000 individuals across a range of different vaccines, including in the current bee sting allergy trial.

“Our technology is like adding a turbocharger to a car, and in this case makes the bee allergy vaccine much more powerful, allowing the immune system to better neutralize the bee venom and prevent allergic symptoms,” says Dr. Petrovsky.

Dr. Robert Heddle, lead investigator in the trial, says the aim was to see whether the Advax adjuvant would safely speed up and improve bee sting immunotherapy.

“The results of the study were very promising, and confirmed the safety of this approach to improving bee sting immunotherapy,” says Heddle.

Dr. Anthony Smith, an investigator in the trial, says while a commercial bee venom therapy is already available, it requires patients to have more than 50 injections over a three-year period to build up their immune system.

“The current treatment option for serious bee venom allergies is lengthy and cumbersome, so I hope this enhanced bee venom therapy brings about faster, but longer-lasting protection to bee stings for allergic individuals,” comments Smith.

The Advax adjuvant was developed in Adelaide, Australia, by Vaxine Pty Ltd, and has also been used to develop vaccines for seasonal and pandemic influenza, hepatitis, malaria, Alzheimer’s disease, cancer and other diseases.