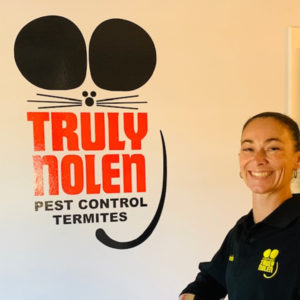 Daniels joined Truly Nolen as a service coordinator in April 2018 and excelled as a manager-in-training at the company’s Port Charlotte, Fla., service office. Prior to joining Truly Nolen, she spent 20 years in management in the beverage distribution industry for companies such as Pepsi, Anheuser-Busch, and Dr Pepper Snapple Group. In addition, she holds an associate’s degree in business administration and marketing from Baker College in Auburn Hills, Mich. In her spare time, she is involved with roller derby.

“I believe the growth potential of our partners, their relationship with our customers and the measurable impact on our brand-new service office is unlimited,” says Daniels. “I enjoy our company’s support system, which is dynamic and a rare, valued quality I feel fortunate to have going forward.”

Some of Daniels’ new responsibilities will include helping the new service office gain visibility within the local Estero and east Bonita Springs communities, as well as instilling the company’s core values in her team.

“Between her accomplished sales skills, keen ability to see the big picture, and contagious enthusiasm and drive, Rochelle was a natural choice for our new office covering Estero and east Bonita Springs,” says Dave Scott, district manager of southwest Florida. “I look forward to seeing her continued growth with our company and her service office.”