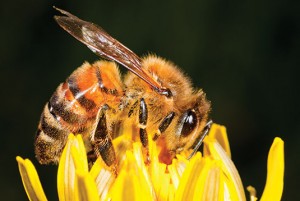 To cope with a decreasing insect population, scientists are developing a technique that will allow them to monitor insects in the air using weather radars.

A research project called BioDAR has been launched by the researchers of University of Leeds, University of Exeter and the National Centre for Atmospheric Science. The project brings together an interdisciplinary team of ecologists and meteorologists to exploit weather radar networks from around the world.

Insects play a significant role in the ecological atmosphere. They tend to influence agriculture, human health and natural resources. Ecosystems rely on insects for pollination and as vital parts of food webs.

The researchers will use weather radar technology to provide detailed maps of insect abundance and diversity. The collected information will support conservation of important species of insects such as bees and other pollinators, and will help protect against crop pests.

The new project, initially aimed to monitor insect populations in the U.K., will then be launched in Rwanda, Mali and South Africa.

Until now, there has been no consistent method for effectively tracking the abundance and diversity of insects over large areas.

“Humans are causing alarming declines in wildlife populations across the world, and it is vitally important to our own survival that we protect those that are left,” says Dr. Christopher Hassall, a member of the BioDAR team from the University of Leeds.

“This collaboration between biologists and atmospheric physicists aims to create a powerful new tool through which we can keep a watchful eye on insect populations, allowing us to make conservation decisions that encourage their survival.”

By collecting information about the variety and number of different insects over wide areas, on a regular basis, scientists will be able to keep tabs on the impact of different conservation actions and see how human-caused changes to our environment are affecting insect populations.

BioDAR is developing a way to use machine learning to automatically recognize and gauge the diversity of insects using weather radar data, uncovering a treasure trove of information about our wildlife.