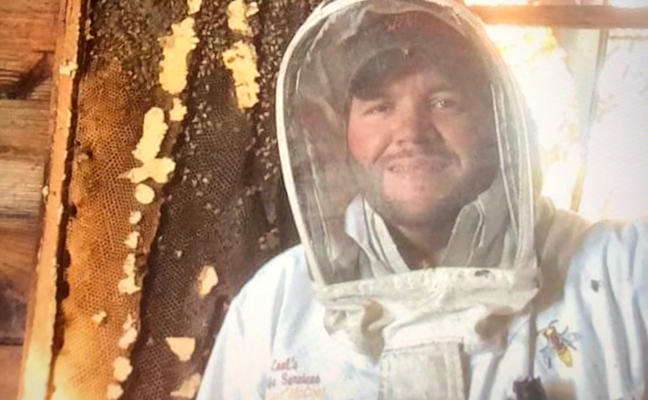 Eric McCool stands next to a bee hive during a service call from earlier this year. PHOTO: ERIC “CRITTER” MCCOOL

Eric “Critter” McCool makes an appearance again. The pest management professional recently launched Bee Nation, a stinging insect research and training facility near Erie, Pa. And what better timing than right before a massive honey bee colony is found in nearby Meadville, Pa.?

Thousands of bees were discovered in a column and along the front of the local Talon Building, the location of a former zipper manufacturing company.

Another 50,000 bees were also found in one of the columns on the building. As part of the removal process, McCool relocated the bees to Franklin, about 40 minutes away from Meadville.

Check out a video of the removal on ABC 24’s website.

McCool was busy this July. He also recently removed a large hive from above a garage in Mansfield, Ohio, according to Richland Source.

In our June cover story, McCool shared that he has performed over 35,000 bee extractions and counting. Here’s two more to add to his list.

3 considerations for wasp and hornet jobs