‘Mr. B&G’ stays ahead of the curve 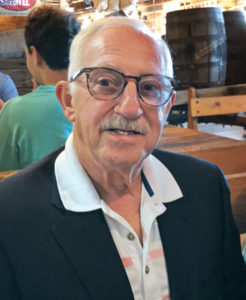 To say that my good friend and Pest Management Professional (PMP) Hall of Famer Dr. Claude Thomas (Class of 2013) has had a profound effect on the pest management industry certainly would be an understatement. The Michigan native’s accomplishments of bringing new products to the marketplace has helped everyone within the industry.

Claude’s godfather, John Dill, was the founder of the JJ Dill Chemical Co., one of the pest control industry’s first chemical distributors. From his close relationship with Dill, Claude learned about rat boxes and helped fold the varnished cardboard rat stations that were used at that time. (It would be years down the road before plastic rodent stations came along.) He also helped with some mosquito programs by being in the back of a truck with a Golden Eagle fogger unit from Curtis Dyna-Fog, as the company demonstrated it across the Midwest.

Claude’s degrees in biology and entomology helped steer him further into the pest industry. In 1979, he started Diatect Corp. and brought the insecticide Diatect 2D to market. He wrote the label and had it approved through the U.S. Environmental Protection Agency (EPA). Diatect 2D was a dust comprised of diatomaceous earth (DE), pyrethrum and piperonyl butoxide (PBO).

Traveling around the country demonstrating products and teaching pest control gave Claude the opportunity to work with the B&G group. Claude said he had the dust, they had the dusters — and it was a perfect match. 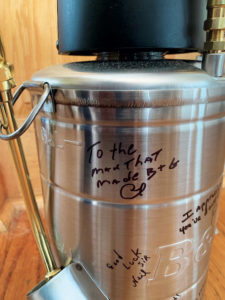 Bill Brehm, the co-inventor of the 1-gallon B&G sprayer (and fellow member of the PMP Hall of Fame, Class of 1998), offered Claude the opportunity to join the B&G group in 1980. During his many years at B&G, Claude served as VP of sales, marketing and research. He was so synonymous with the company that many of us called him “Mr. B&G.”

Claude says he is grateful Bill let him try out several new ideas to better place insecticides for best results. He also had the ear of some of the industry’s best, such as B&G colleague Dr. Bill Robinson and fellow PMP Hall of Famers Paul Hardy (Class of 2005) and Dr. Gary Bennett (Class of 2006).

Bitten by the love bug

In 1992, Claude was teaching a termite class for a Florida A&M University workshop when one of the students thanked him for speaking there. Several months later, he was teaching a cockroach program for the Florida Pest Management Association in Orlando, when the same student approached him again.

“We talked, began dating and were married two years later,” notes Claude of his wife, Jennifer Leggett, owner of Lindsey Pest Services in Jacksonville Fla. On Oct. 1, they will celebrate their 25th wedding anniversary.

Claude retired from B&G in December, so now he has the pleasure of being home seven days a week instead of three — yes, he traveled that extensively for our industry on speaking engagements. In fact, Johnson Pest Control headquarters has the “Dr. Claude Thomas Suite” in our basement for when he spoke at local conferences. Claude says he is happy now because he “can work more closely with Jennifer and our company.”

Upon retirement, Claude was presented with a very special B&G sprayer engraved with “To the Man Who Made B&G.” But, don’t forget Claude stays ahead of the curve, so even in his retirement he is working on two new products that show some good promise.