PPMA is making the connection between pest control and public health by calling attention to vector pests and their ability to transmit pathogens such as Lyme disease and West Nile virus to humans through their bites.

“The extreme rain that soaked most of the country throughout spring and summer did more than just damper outdoor plans; it gave rise to dangerous pest populations that could impact the country well into fall,” says Cindy Mannes, executive director of PPMA. “Early season rain allowed pockets of moisture to accumulate, creating ideal breeding conditions for both ticks and mosquitoes alike. Coupled with late-season heat expected across most of the country for the remainder of summer, conditions are ripe for these pest populations to multiply, and quickly.”

The top 10 U.S. cities* named to the NPMA’s summer Vector Sectors list, developed by PPMA, include:

PPMA is also urging people to protect against biting ticks and mosquitoes and the threats they pose by applying bug repellent containing at least 20 percent DEET, wearing appropriate clothing and closed-toe shoes, emptying any areas of standing water on properties and  contacting a licensed pest control professional for effective treatment and control. 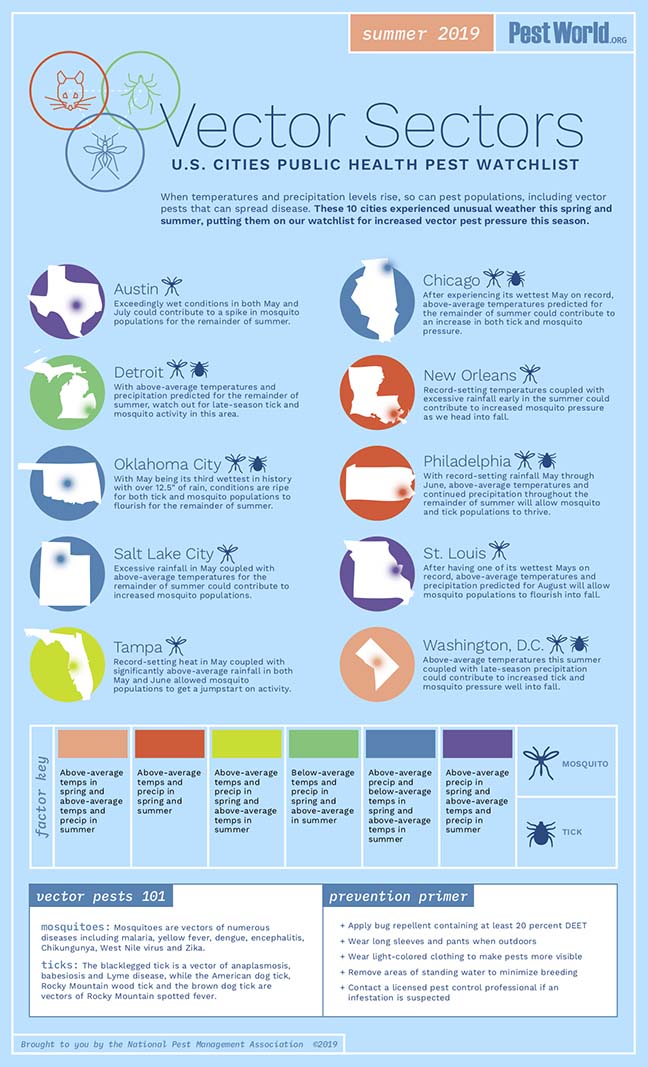