Legislation helps in the fight against mosquito-borne viruses, diseases 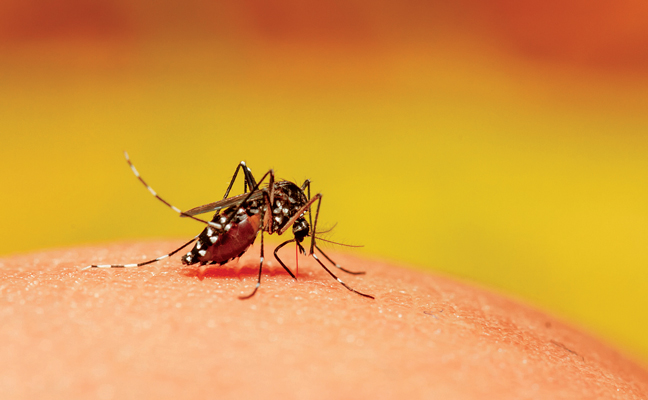 Legislation was enacted on June 24 to help PMPs in their fight against disease-carrying mosquitoes, when President Donald Trump signed into law the Pandemic and All-Hazards Preparedness and Advancing Innovation Act (PAHPAI), which includes the Strengthening Mosquito Abatement for Safety and Health, or SMASH, Act.

The SMASH Act was one of five issues the National Pest Management Association (NPMA) supported during this year’s Legislative Day event, and urged attendees to discuss when meeting with their representatives on Capitol Hill. The SMASH Act specifically addresses “public health emergency due to the incidence or prevalence of a mosquito-borne disease that presents a serious public health threat,” which is why the NPMA supported the bill.

The NPMA was pleased the SMASH Act language was included in the PAHPAI, according to its VP of Public Policy, Ashley Amidon.

“NPMA members lobbied for SMASH Act passage in February as one of several public health measures the industry supported,” she says. “I know our advocates in February made an impact, and the industry was so pleased to be part of the larger coalition that helped SMASH across the finish line.”

The Pandemic and All-Hazards Preparedness Act (PAHPA) was initially signed into law by President George W. Bush in December 2006. The bill President Trump signed into law reauthorizes the PAHPA, along with the Hospital Preparedness Program (HPP), the Strategic National Stockpile (SNS) and the Biomedical Advanced Research and Development Authority (BARDA).

To help support the passage of the SMASH Act — and by extension, the PAHPAI — the NPMA partnered with the Vector-Borne Disease Network (VBDN), a group of nonprofit organizations that formed in May (of which the NPMA is a founding member) to advocate for vector-borne disease research and management funding, and connect those in the community of vector professionals.

“The SMASH Act was a great fit for our industry because it has language that would ask for the government to look at where vector-borne diseases will be coming from in the future — 10 or 20 years from now — and to consult with a variety of stakeholder groups to figure out the best way to deal with these oncoming concerns,” Amidon says. “The industry wants to be part of that conversation, and so we were very eager to see SMASH pass as part of PAHPAI.”

Because NPMA members protect public health, food and property, the organization supports legislation like the SMASH Act.
“While our industry has always worked tirelessly on the front lines of public health, we haven’t always talked about our services in a public health context,” Amidon says. “As part of our newly adopted Public Policy Strategic plan, we are making our voice heard more in the public health space on Capitol Hill.”