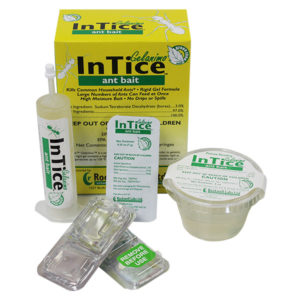 The technology was developed by Rockwell’s founder and CEO — and PMP Hall of Famer (Class of 2018) — Dr. Cisse Spragins in 2005 and was first commercialized in 2009 with the launch of the company’s InTice Gelanimo Ant Bait. The rigid gel bait technology provides the high moisture bait insects are attracted to in an easy-to-deploy format. Target insects are also never at risk of drowning or getting stuck in the bait, which might signal danger to other insects.

“This patent took a while,” states Dr. Spragins in a press release. “The patent office moves slowly, and we went around on the same issue with the examiner for quite some time. We finally filed an appeal in 2016, which was heard in January of this year.”

“Fortunately, the patent office recognized the delays and the patent was issued with a term adjustment of 2,051 days, so the patent will be in force for 14 years,” explains Dr. Spragins. “We see numerous opportunities to exploit the rigid hydrogel bait technology and are pleased that we now have patent protection for this invention. Another related patent application is pending.”

InTice Gelanimo Ant Bait contains borax as the active ingredient and is available in 0.25-ounce stations, in 4-ounce cups that fit in the InTice Border Patrol System station for large colony baiting, and in boxes of five 35-gram syringes.