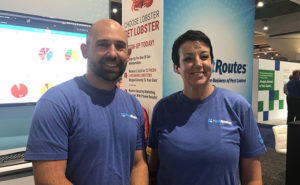 “When we began looking into it this summer, we realized it was something we could do to help our customers,” Newby tells PMP. “It was an investment that we feel is worthwhile.”

PestRoutes simplified the reporting process for PMPs by integrating a workflow specifically designed for California Branch 3 Structural Pest Control – the practice relating to the control of wood-destroying pests or organisms by the use of insecticides or structural repairs and corrections, excluding fumigation.

Kirstin Lester, chief product officer for PestRoutes, points out that the process had previously been all paper, so moving to paperless and integrating into their existing PestRoutes software program is a sea change for California PMPs. “It’s seamless, from office to field,” Lester says.

The pilot program has been a resounding success, Newby says, and Golden State PMPs can sign up now to implement by the end of the year. While California has probably the most stringent WDO reporting requirements of any state, Newby notes that Arizona, Florida and Texas aren’t far behind. The PestRoutes team is looking into custom solutions for those markets as well.

The investment made in advancing the software has also paved the way for additional enhancements for PMPs coast to coast, the company says. This includes termite warranty and renewals, scanning and diagrams.

PestRoutes is exhibiting today and tomorrow at PestWorld in San Diego, Calif., in booths 132-134, or contact your PestRoutes representative for more information.