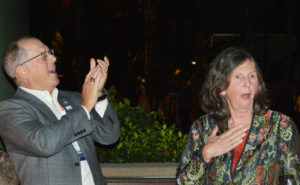 As recounted in the book chronicling Pi Chi Omega’s history, Dr. Jones was both the first female scholarship winner (and thus, first female member) and the first non-Purdue student when she won the 1978 scholarship as a senior at Louisiana State University. She received her doctorate from the University of Arizona in 1987. As noted in PMP’s 2016 profile on the Louisiana native:

The late Dr. Jeff LaFage, Dr. Jones’ mentor and a champion of termite research, submitted her name for a state urban entomology scholarship. Dr. Jones — who had been valedictorian of her high school — lost. She says the scholarship committee assumed that because she was a woman, she wouldn’t enter a crawlspace.

“They didn’t even ask me whether I would, let alone whether I had,” laments Dr. Jones, who received her doctorate from the University of Arizona in 1987. “It was ironic, because I have been in countless crawlspaces over my career.” 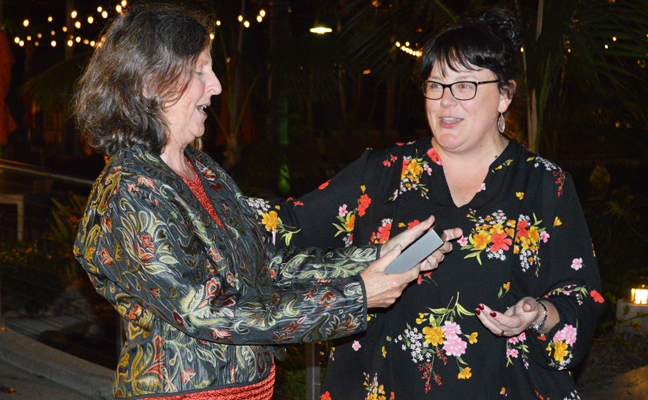 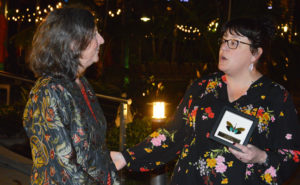 Her first-ever grad student, Dr. Nicky Gallagher of Syngenta Professional Solutions, gave an emotionally charged introduction during the “Raise the Bar” event Pi Chi Omega hosted at the Tequila Bar & Grille on Thursday evening. Dr. Jones’ award was actually announced during the Monday membership meeting, but was a surprise to her when she was “coerced,” as Dr. Gallagher teased, into coming to the Raise the Bar event.