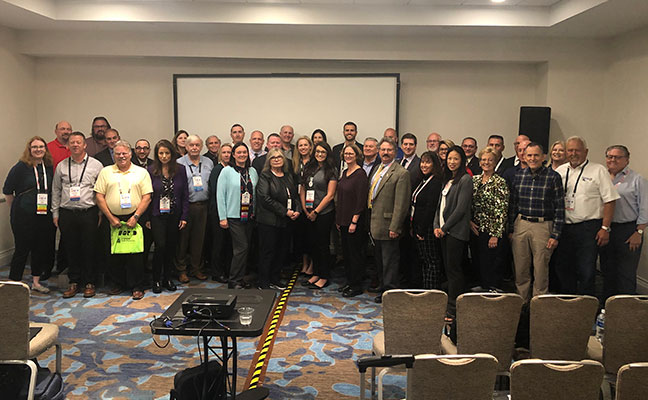 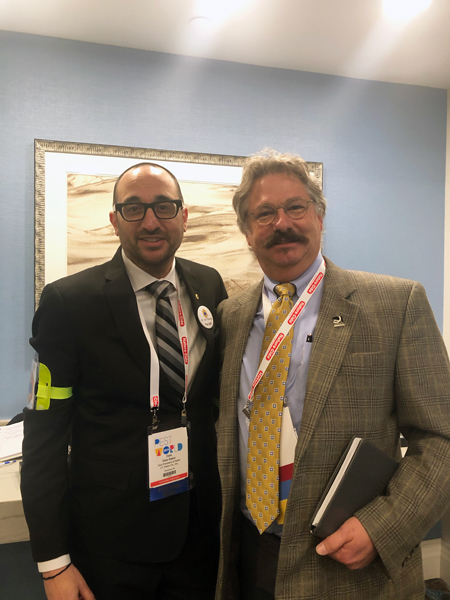 On Tuesday morning, Dale Baker, VP of J.T. Eaton, presided over his last membership meeting as president of Pi Chi Omega. With Baker’s term at an end, the industry fraternity voted during the meeting to install PMP columnist Mark “Shep” Sheperdigian, BCE, VP of technical services at Rose Pest Solutions, as the incoming president. Sheperdigian and the other officers ran unopposed, so the lineup now includes:

The meeting kicked off with Awards Committee Chair Karen Furgiuele, Gardex Chemicals, announcing several awards, including Membership Chair Dennis Judy, Judy’s Pest Services, given the Legacy Award of Achievement, presented by Ramsey. In an emotionally charged introduction, Ramsey noted that Judy was the reason he came back to Pi Chi Omega — not only as a member, but energized to take on committee work, too. The always-humble Judy was asked to say “Something,” which he took quite literally, then returned to his seat with thunderous applause.

“Because of you is why I am here,” Baker told the audience. “I am absolutely honored to have spent this time with you as president. And I look forward to spending more time with you. I don’t feel like it’s ending, it’s a machine we built together…. and I’m looking forward to a long, rewarding journey with you all.”

Later in the meeting, both Black and Dr. Spragins were recognized as they rotated off the board. 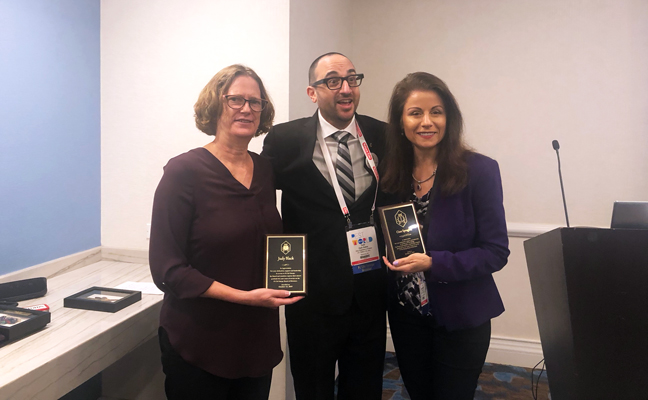 Baker noted that he hopes the Pi Chi Omega Spotlight Party that took place the night before will become an annual event. Other fraternity-focused activities going on at PestWorld include: 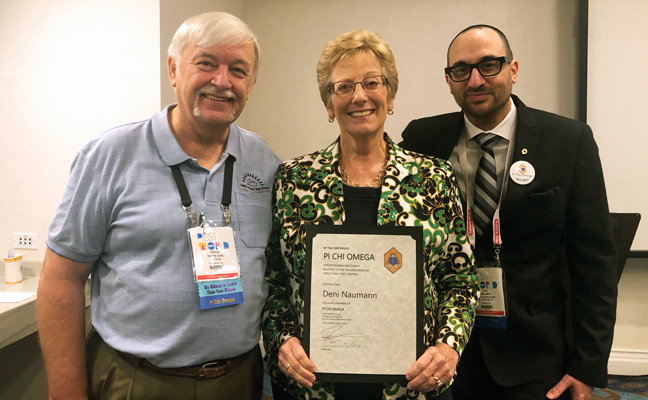 Dr. Spragins said in her Treasurer’s report that the fraternity is in excellent financial shape, up 8.1 percent over 2018. The WinTrust investment portfolio seems to be holding steady, and for more than five years running, she said, Pi Chi Omega has been able to award scholarships using contributions only, not dipping into the reserves.

“A huge part of that has been the generosity of Copesan and Deni Naumann, the matching fundraiser they’ve had at their conference in recent years,” Dr. Spragins said, noting that large contributions from members like PMP Hall of Famer David Mueller, BCE, who helped to establish the Alain VanRyckeghem scholarship, also played a huge role.

Judy returned to the podium to call for membership confirmation on a slew of candidates, all of whom were approved unanimously. After another unanimous vote for it, he was able to confer the newly established legacy membership on Naumann.

Naumann, who noted Rose Pest Solutions’ Russ Ives had originally nominated her for membership — and how important it is for others to bring in new members — said it’s been her privilege to serve the fraternity and the industry at large: “During my time in thus industry, 13 years, I’ve found pest control to be a noble profession and a noble industry.”

During her Scholarship committee report, Straubinger noted that the 2020 scholarship application was being distributed at PestWorld. Among the meeting attendees was the 2019 Osmun scholarship winner, Allison Johnson, a doctoral student at the University of Georgia. Read more about the 2019 winners here. 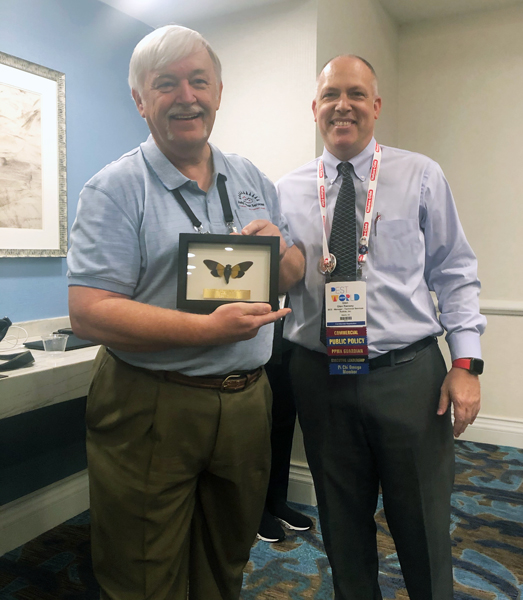 Insects Limited’s Tom Mueller took to the podium to explain the newly formed subcommittee of “Pi Chi Omega gives back,” consisting of him, Baker, Ramsey and Purdue student Aaron Ashbrook. The group was focused on two new initiatives:

“This a way we can give back to the industry,” Baker said. “It’s a scalable program that we can do for many years.”

Earlier in the meeting, Baker noted that members often ask him what they can do to support Pi Chi Omega. His response, he said, is always to say  “Paying your dues is participation. That is No. 1. It’s what pays for our scholarships. Second would be fellowship at events, where we get to meet and get to know you. No. 3, if you have time to spend time on a committee or sponsorships — well, we need gas in the machine if we want to go.”