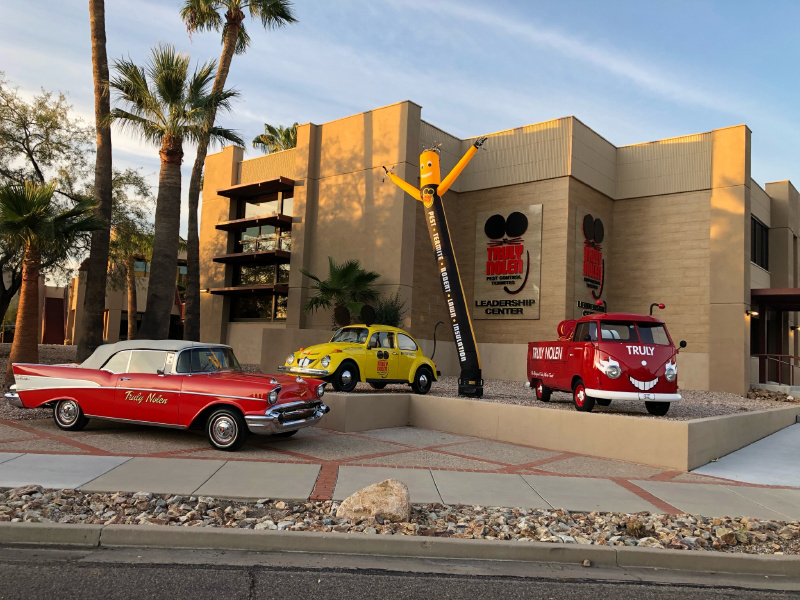 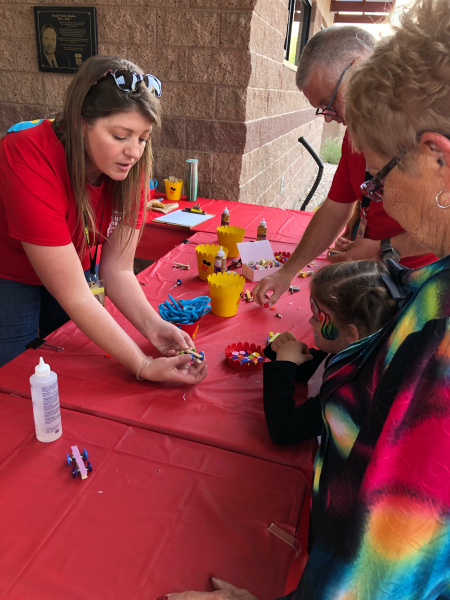 Truly Nolen Pest Control hosted its Third Annual Community Car Show in Tucson, Ariz., where the company is headquartered. The car show, which debuted in 2017, went through some changes over the past two years — making it an even better entity for future years.

To adequately tell this story, let’s go back to the beginning. In March 2017, one month before our founder, Truly David Nolen, passed away, our Director of Operational Administrative Support and Special Projects, Michelle Nolen Senner, spoke to her father about doing something the company had never done before: an event in Tucson that showcased a large portion of Truly’s extensive antique car collection in one location. Prior to the company’s February 2016 relocation to a larger corporate campus in Tucson, the previous headquarters would not have had the space necessary in its parking lot to stage such a show.

Truly told Michelle he liked the idea because people always wanted to sit in his cars and have their picture taken. Although Truly passed away one month later, this conversation between father and daughter led to the decision to try and stage the company’s first-ever car show.

Without any experience in putting together a car show, Michelle, worked with her team and others throughout the company to determine the best way to make things happen. After some initial discussions, she and her team believed hosting 50 of Truly’s antique cars from seven decades in one spot would be a great starting point. In addition, because the company enjoys adding value to the lives they touch, it was important to Michelle to have several non-profits on hand with displays about their organizations next to an antique they “paired” with for the day. Food trucks and children’s activities were the final two components that were added to round out the family-friendly activities. 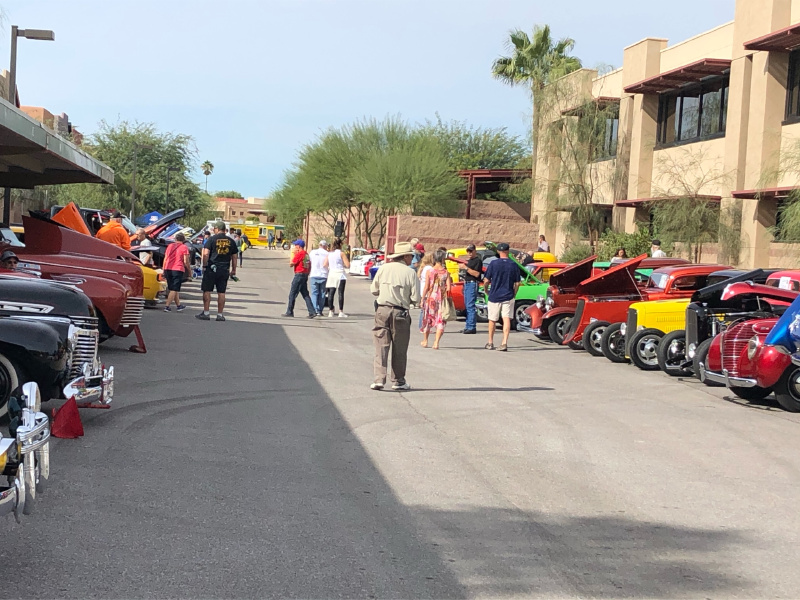 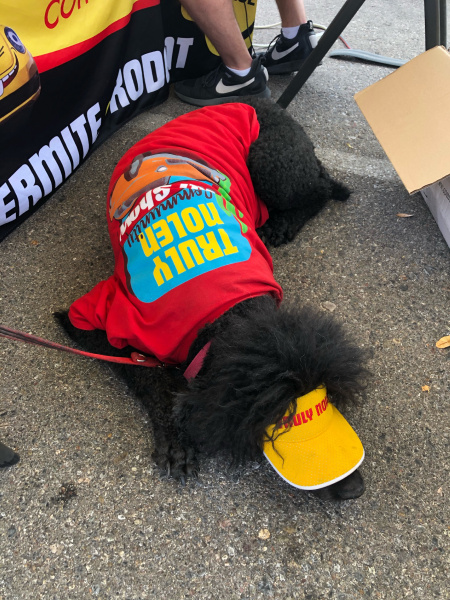 The first-ever Truly Nolen Community Car Show took place on Saturday, Oct. 7, 2017. The University of Arizona football team played a road game that day, which was one of the factors that went into picking that initial date. Some of the vehicles featured included Truly’s personal favorite, a 1957 Chevrolet Bel-Air, which was the car he drove to and from work and was shipped in from Naples, Fla. for this special day. Other antiques on display included a 1918 Ford Model T Roadster, a 1922 Ford Model T Speedster, a 1930 Ford Model A, a 1940 Oldsmobile 4 Door Sedan, a 1960 Nash Metro, and a 1974 Volkswagen Bug.

While the first event was successful, most who attended would agree that even with a mid-day event time, the temperature became a little hot during the second half of the show. But after overwhelming positive feedback was received from attendees, including, “How can we enter our own classic car into a future show?” a second event was planned for 2018.

After choosing Saturday, Nov. 10, 2018, Michelle turned over a large portion of the planning to Ray Rico, the company’s Southwest United States Mouse Limo Driver. Ray is an avid car enthusiast and belongs to one of the local Tucson car clubs. The team knew they could not simply replicate the 2017 event and expect a similar turnout. Thanks to Ray’s input and planning, the show took a huge step forward when it elected to co-host some of Truly’s antiques side-by-side with Tucson Car Club vehicles. In fact, the company’s Tucson garage chose its 30 favorite Truly antiques, while 50 slots were held for local car clubs. The total of 80 cars was meant to represent the company’s 80th anniversary, which was celebrated in 2018. The second car show featured trophies selected by Truly Nolen team members, car club members and general attendees. 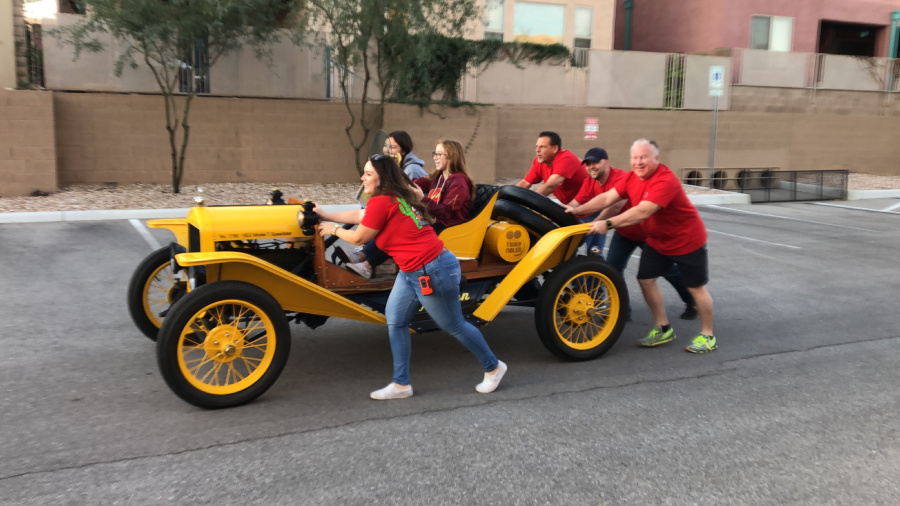 Ray and Event Coordinator Hannah Stakley planned the 2019 car show, which was held on Nov.9.

Three big decisions that Ray and Hannah made turned out to be hugely successful:

Thanks to these decisions, the set-up of the event had never been easier, and more than 110 classic cars were able to be displayed. In addition, the Community Courtyard had enough shade from trees and roofs to be active all day for children looking to have their face painted or build their own matchbox cars, as well as for adult guests who wanted to learn about the non-profits in attendance.

T-shirts were sold at the event, with 25 percent of the proceeds of each shirt sold going to the non-profit Ramon’s Miracle on 31st Street. Established in 1970 by Tucson resident and car enthusiast Ramon Gonzales, Miracle on 31st Street is a Christmas Celebration for children who live in Tucson’s most disadvantaged neighborhoods. 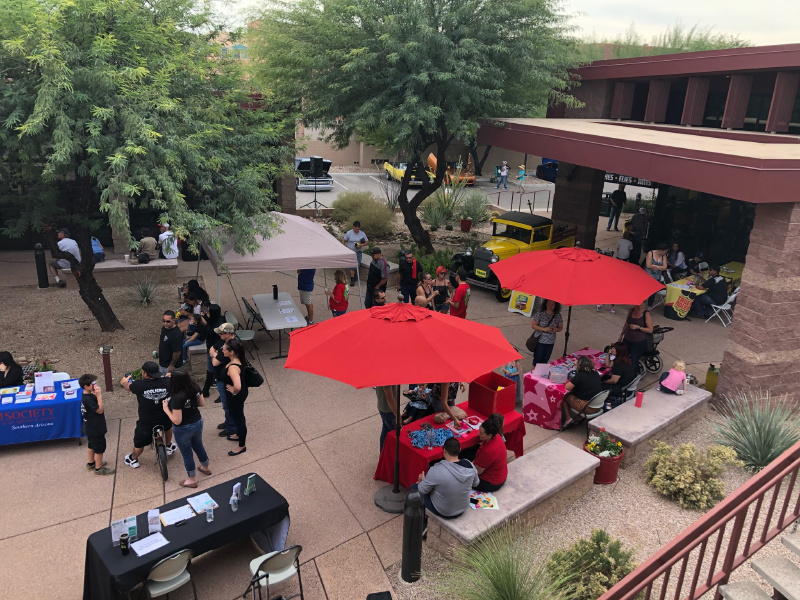 The 2019 event drew a crowd of more than 1,000 attendees. Ray and Hannah did an amazing job of planning everything down to the smallest detail.

For her part, Michelle was tickled that an event that started as a way for the company to showcase her father’s extensive antique collection has evolved into a fun event for the local Tucson car club community. I was thrilled our Southeast United States Mouse Limo driver Marty Phipps could be in attendance with me, to observe and assist with this car show for the first time.

In the meantime, we will have a post-event meeting to discuss dates for 2020.

Srebnik is manager of public relations and communications for Truly Nolen Pest Control. He can be reached at 954-247-3212 or toby.srebnik@trulymail.net.