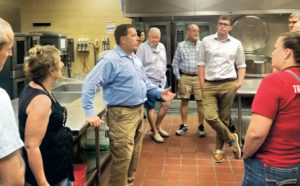 In late August, the Association of Structural Pest Control Regulatory Officials (ASPCRO) held its 63rd annual conference in Franklin, Tenn. Attendees were offered the opportunity to learn about a range of technical issues, such as polyurethane spray foam insulation (PSFI) and rodenticides. Management topics covered included the need for integrated pest management (IPM) in safeguarding the food supply chain, pesticide stewardship and misuse, work newly begun focusing on the internet sales of pesticides, developing a clearinghouse of information on structural remediation, and more.

The PSFI sessions were among the most heavily attended during the week-long meeting. As first noted in ASPCRO’s previous Association Update column, PSFI is used in new and renovated structures to enhance energy efficiency, primarily in attics, basements and crawlspaces. However, its use has resulted in two confounding problems for pest management professionals (PMPs):

The sessions on rodents also were heavily attended and of keen interest to meeting attendees. One session, devoted primarily to the attempted California ban on rodenticides, was particularly interesting. Dr. Niamh Quinn of the University of California Cooperative Extension, South Coast Research and Extension Center, presented an overview of legislation related to rodenticide products. Legislative attempts are being proposed to mitigate the high level of exposure and deaths of California wildlife. (Editor’s Note: For an in-depth look at this topic, read Wildlife control captures profits.)

What is puzzling, Dr. Quinn says, is “we just don’t know how it is happening or what kind of population impacts rodenticide use has.” What is known is somewhat paradoxical: For example, in coyotes that have been submitted for necropsy studies, many have been exposed to at least one anticoagulant rodenticide active ingredient. However, almost none of the specimens submitted have died from rodenticide exposure. It also appears coyotes are expanding their range and have increased densities in urban communities.

Mountain lions also were discussed. Although they, too, have some rodenticide exposure, Dr. Quinn noted that several other stressors were responsible for the mountain lion deaths observed in her work.

“Generally, if you look for anticoagulant rodenticide exposure in wildlife, you will find it,” Dr. Quinn said, alluding to the use of rodenticide in agriculture, not just urban pest control. There are a number of questions that need to be answered before legislation is enacted to effectively mitigate rodent control. Additional research also is needed to fully understand routes of wildlife exposure.

A potential new rodenticide tool was also discussed. Alphachloralose, which has a long history of use as an anesthetic to capture and transport Canada geese (Branta canadensis), also has limited use as a rodenticide in other countries. Use of the compound not only would be a first in the U.S., it also would be the first new rodenticide registered for use in more than 20 years. The U.S. Environmental Protection Agency (EPA) anticipates making a regulatory decision later this year (Docket # EPA-HQ-OPP-2019-0507). For additional information, contact Gene Benbow at benbow.gene@epa.gov.

Other issues of note

Please visit ASPCRO.org for more information on these and other pesticide regulatory issues.

PAGE is executive secretary of ASPCRO. He may be reached at mpage@aspcro.org.

PAGE is executive secretary of ASPCRO. He may be reached at mpage@aspcro.org.