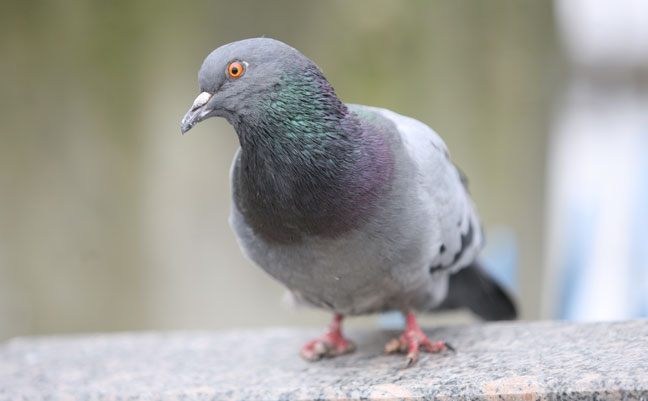 If you’ve encountered pigeons in urban areas that don’t have a full set of “toes,” you might be wondering whether it was a genetic thing, or perhaps an infection. It’s a common enough phenomenon in European cities like Paris, France, and London, England, that a research team decided to study the cause.

What the team of scientists from France’s National Museum of Natural History (MNHN) and the University of Lyon found out, according to a Phys.org article, was surprising: Human hair plays a role.

In CNN International’s coverage, the MNHN’s Frédéric Jiguet said “he came up with the idea for the study after noticing mutilated pigeons as he walked through the Jardin des Plantes, a botanical garden, in Paris.”

While studying 46 sites around Paris, the team recorded the instances of “stringfeet,” which occurs when pigeons get human hair wrapped around their toes as they walk around. They noticed a pattern that in neighborhoods where there are hair salons, the more instances of stringfeet.

“The string might just fall, but sometimes it forms a knot around a toe, and in the end the toe dies and falls off,” Jiguet told CNN International.

This surprised the scientists, who, according to their abstract in the December issue of Biological Conservation, originally “hypothesized that mutilations would be predicted by local overall environmental conditions, potentially related to local organic, noise or air pollutions, so gathered such environmental predictors of urban pollutions. We showed that mutilations do not concern recently fledged pigeons, and that their occurrence and frequency are not related to plumage darkness, a proxy of a pigeon’s sensitivity to infectious diseases.

“Toe mutilation was more frequent in city blocks with a higher degree of air and noise pollution, while it tended to increase with the density of hairdressers. In addition, the number of mutilation on injured pigeons was higher in more populated blocks, and tended to decrease with increasing greenspace density, and to increase with air pollution. Pollution and land cover changes thus seem to impact pigeon health through toe deformities, and increasing green spaces might benefit bird health in cities.”

Readers, we have to say “stringfeet” is a new concept to us. Have you heard of it? Have you seen it, and if so, was it near a hair salon?