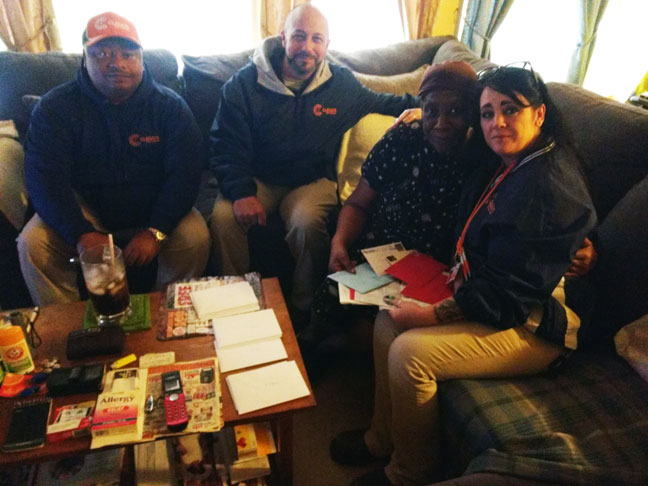 We recently came across a great story about how a pest control technician helped a customer have a merry Christmas this year.

During the visit, Adcock commented on Laws’ beautiful display of holiday cards. But Laws told her they were all from years prior, as she hadn’t received any new ones.

“When I came back to the branch, I had already decided to send her a card,” Adcock said. “I told the office staff what was going on, and they sent cards, too.”

Adcock, who has been in the pest control industry for more than 10 years, said Laws really made an impact on her.

“She’s so funny, so upbeat,” Adcock says. “And one of these people you can’t help but fall in love with.”

After getting help from staff at her branch, Adcock reached out to the members of the Women in Pest Control (WIPC) group on Facebook, asking them to send cards to Laws. 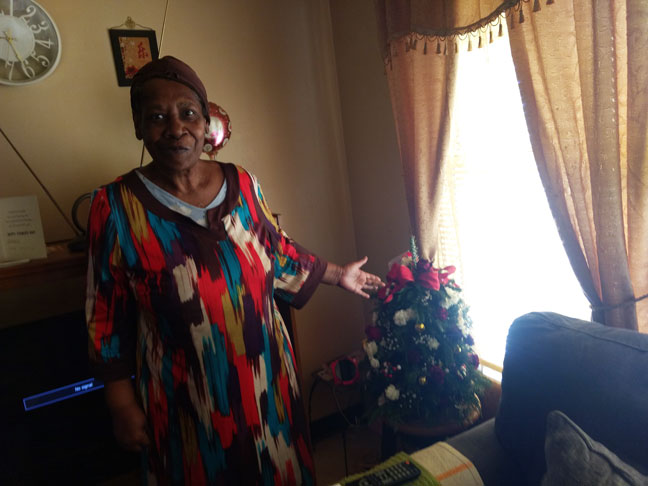 Mary Laws stands beside a floral arrangement sent by a member of WIPC. PHOTO: HOPE ADCOCK

“Within minutes of posting,” Adcock says. “We had people all over the United States saying, ‘I’ll send her a card, what’s her address?’ It just blew my mind.”

Since Adcock reached out on Facebook on Dec. 10, members of WIPC have really stepped up. As of Dec. 23, Adcock says Laws has received 15 cards from Clegg’s Smithfield branch, 32 cards from women in the WIPC group, a bouquet of flowers and multiple gift cards.

“She is so in love with the fact that people are taking the time out of their day for something as simple as sending her a card,” Adcock says.

Founded in 1960, Clegg’s Pest Control is based in North Carolina. The company’s 13 branches, including the Smithfield branch, that cover all of North Carolina and parts of South Carolina, Tennessee and Virginia.