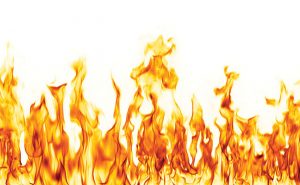 As the bush fires in Australia rage on out of control, authorities attempt to assess the damage.

Since late July, fires have had a devastating effect on bushland, wooded areas and national parks, according to a CNN report. As of this writing, 27 people have died and thousands of homes have been destroyed.

The fires have taken a toll on wildlife, too. The University of Sydney estimates more than 1 billion reptiles, birds and mammals have been affected. This figure does not include insects, however.

A Washington Post story quoted Dr. Katja Hogendoorn, a researcher at the University of Adelaide’s School of Agriculture, Food and Wine, as saying science knows of only 20 percent to 30 percent of the insects in Australia.

Some insects may be gone forever, however, as tens of millions of insects are “being burned alive,” according to the Washington Post.

University of Sydney Entomologist Dr. Tanya Latty said in the article, “The fires could be the last straw that drives fragile populations over the brink,” after enduring threats such as invasive species, human development and climate change. As the article states:

A single bee species shows how grim the outlook is for many. Fires and land clearing had already driven the green carpenter bee to extinction in Victoria and South Australia. Now, Hogendoorn said, fires are threatening them on Kangaroo Island.

Banksia plants, which the bees use for nests, have burned. It takes 30 years for it to grow to the right size and softness for the picky bees. “It is difficult to assess the situation,” Hogendoorn said, “because there is no access to the burned sites, but the species is likely to be in dire straits.”

Animals that manage to survive the fires will struggle, as food will be scarce. Lack of insects that provide food and foliage that offers shelter will further reduce animal populations.

Researchers have no way of knowing the extent of the devastation until the fires are permanently put out. As the summer temperatures in Australia heat up over the next few months, firefighters from the United States, Canada and New Zealand are helping Australia battle the blazes.

HOW YOU CAN HELP

If you would like to help the fire departments, or the communities and animals affected, check out USA Today, which lists links to the organizations accepting assistance.