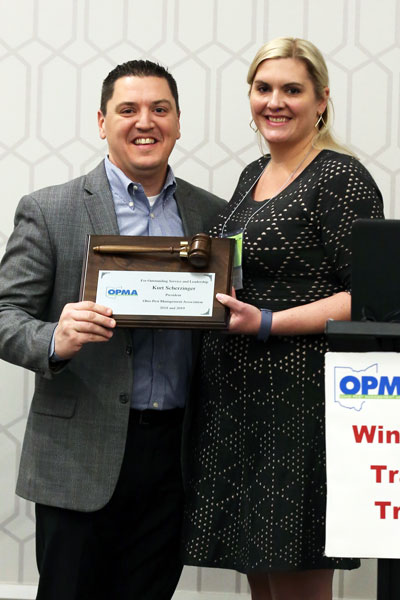 Marsh is the second woman to hold this position. The first woman president of the OPMA was the late Bettie Portwood, former owner of TNT Exterminating, in 1971.

After working at her family’s business, Patton Pest Control, Chagrin Falls, Ohio, every summer during college, Marsh graduated and came back to work full time as a technician. Marsh has been in the industry full time for more than 15 years and currently serves as CEO of Patton Pest Control.

Marsh is also previous president of the Greater Cleveland Pest Control Association, a position she held for eight years. 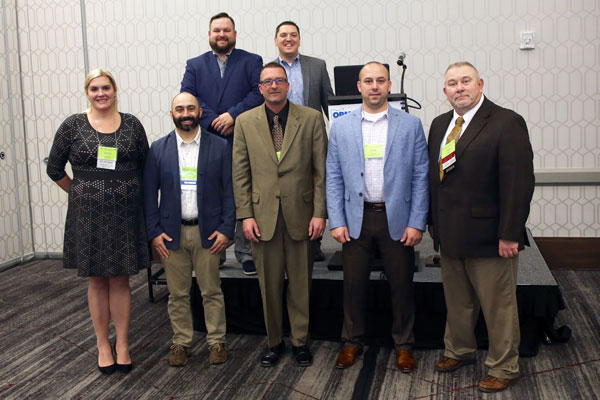 The 2020 OPMA Board of Directors. PHOTO: OPMA 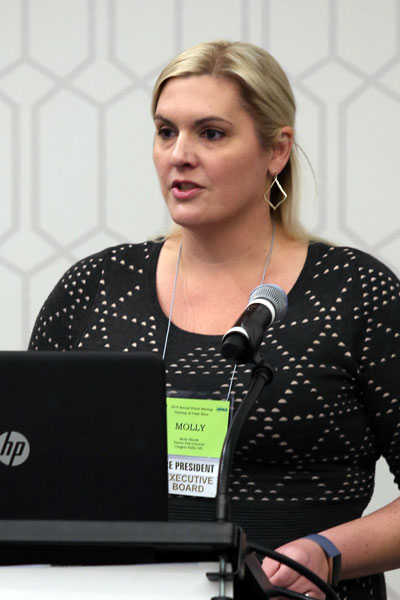 After being elected, Marsh said thanked many people for encouraging her during her career.

She recognized people who she said shaped her personal and professional growth, sharing why it is important to be involved in organizations like the OPMA.

She also thanked her husband, Mike, and their two kids, Michael and Matthew. “(They motivate) me to provide a better life for them … to help ensure the family business will be around for them to take over some day, if that is their dream to do so,” she said.

Marsh discussed plans for during her tenure as the OPMA president, including focusing on new members and attracting new people and demographics.

“It is important for everyone to get involved (and) become a part of the process so they can help direct their own future in the pest management industry,” she said.

On Earth Day, a celebration of PMPs