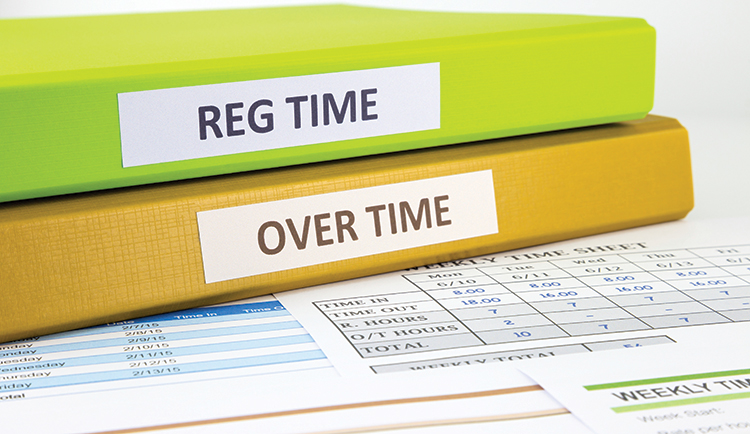 Initially slated to go into effect Dec. 1, 2016, a judge in Texas prevented enactment in November 2016 by issuing a preliminary injunction stating the DOL didn’t have the authority to automatically update the rule.

Previously, the Fair Labor Standards Act (FSLA) required overtime pay for workers paid less than $23,660 per year, or $455 per week. The rule that would have taken effect in 2016 would have pushed the minimum salary for exempt employees to $47,476, or $913 per week.

Now, exempt employees covered by the FLSA earning less than $35,568 per year, or $684 per week, must be paid overtime if they work more than 40 hours during the work week.

In addition, employers may satisfy up to 10 percent of an employee’s standard salary level by using nondiscretionary bonuses and incentive payments, including commissions they paid their employee annually, at least.

The DOL’s new Final Overtime Rule may affect employees who are paid a salary so they will not have to receive overtime pay, as certain requirements must be met for compliance.

Companies that comply with exempt vs. non- exempt rules regarding compensation won’t need to take action. However, employers may need to make changes if:

- Janet Thrasher appointed to Structural Pest Control Board of California