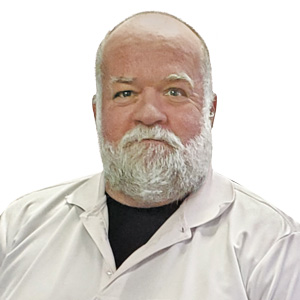 When you’re released from prison, you’re supposed to become a productive member of society. But how can you do that without a job? Like other business owners, Greg Goetz pondered this question. Unlike many business owners, the president of G.A.G. Pest Control, Oviedo, Fla., decided to take action: About four years ago, he began working with two rehabilitation programs to provide him with fumigation technicians. Overall, he says, so far, so good.

1. You’ve had more experience dealing with the addicted and formerly incarcerated than most. Could you elaborate on that?

I’ve spent many years volunteering at a homeless shelter, and in recent years my dad and I have cooked a local group a breakfast of eggs, bacon and French toast once a month. So I’ve always seen people try to get out from under addictions and bad circumstances. Many of them are grateful to have a hot meal; it gives them a little bit of hope. 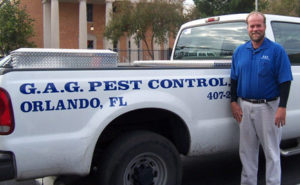 Before I graduated college with a double major of sociology and English, I did an internship at a Georgia prison. There, a lot of guys worked in a construction program or an automotive program because they hoped to get good jobs once they served their time. It always piqued my interest, wondering, Were they able to get hired? Or were they considered unhireable? I mean, the internship was good for me in that I learned that most of them have a different view of how they got there — “the judge is corrupt,” “it was a misunderstanding,” on and on. Some of it is just posturing, but then you learn how to cut through the junk and get at whether they really want to turn their lives around. After college, I ended up starting G.A.G. in 1991.

2. How did you come up with the idea to hire former inmates?

We do a lot of fumigation work, and while we have a stable of great general pest control route technicians, it’s not easy to find techs willing to work long hours doing fumigation work. You work in the sun, the heat, the rain. You only get off Sundays. We thought this was a way to help people get back on their feet, and help build up our labor pool as well.

3. Other pest control companies have tried hiring the formerly incarcerated, but the temptation of old habits seems to be the employee’s downfall. How do you avoid that with your crew?

We do not take any violent and/or sexual offenders, so we’re usually talking about people who served time for drug offenses. They are working hard to get clean and sober. And we work only with organizations that have a program in place to vet our candidates; they only refer people who want to get a fresh start and are willing to put in the work. The application process is one year long, and the organization we do most of our hiring through actually has them on lockdown in rehab for at least two months. They lose phone privileges (with few exceptions) for three months. So believe me, by the time they get to the interview, they are anxious to reconnect with the world again.

Also, there is never unsupervised access to the house. They are picked up and driven to the site, supervised on-site, and driven home from the site. Could someone tell their buddy, “Hey, I’m at 123 Main Street and I’m casing the joint for you?” I suppose, but it hasn’t happened. And why should it? We’d immediately know it was connected to someone on the crew doing a job on 123 Main Street if something happened, and that person is not only putting his future in jeopardy, but that of the whole crew. Not to mention — the structure is completely sealed and full of a deadly gas!

The guys on the crew want to be here, and they know if they get kicked out, the rehab organization has a waiting list of four or more people more than willing to take their place because I pay them the same as any other technician, way above minimum wage. They receive half their paycheck, and the other half goes into an account the organization saves for them and gives them after they complete rehab. Because they know what an opportunity this is, they’re good at policing themselves and recruiting other good candidates in the program, which helps immensely.

It’s not been without drawbacks. One technician overdosed at home; two quit showing up to both work and rehab — but overwhelmingly, it has been positive. Two guys successfully completed their programs with the organization, and they’re such valuable employees to me that I’ve kept them on. I think it’s because we set protocols, and we are strict about them. For example, if they need to go to the bathroom, we’ll drive them to the convenience store, walk into the store with them, and wait for them. Often, we’ll give them a few bucks to spend there and say something like “Don’t be dumb with your purchase,” like buying rolling papers or beer. They might buy cigarettes and scratch-off lottery tickets, which to me is dumb, but not break-the-rules dumb (laughs). And most just buy a soda and a snack.

5. What would you say you have gained from this experience, besides a solid crew?

I joke that my fumigation crew is 100 percent certified drug-free, because the guys can get randomly drug-tested anytime, anywhere. For the most part, they get along well with my general pest control crew, without too much culture clash. The two crews work together quite a bit.

There’s a little bit of teasing about not having girlfriends, because the general pest control guys know the fumigation guys have curfews and zero phone privileges. But I honestly believe that with few exceptions, all of my fumigation crew members over the years have realized this might be their last chance to make it in the outside world. They’re human and they’re fallible. But a lot have kids and other family they’re reconnecting with and want to be a good example for, and they are trying to live a clean life.