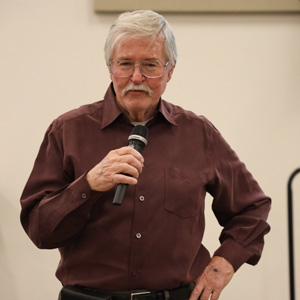 Truly Nolen Pest Control has honored and celebrated the 50th anniversary of Bob Hartley, the company’s VP of safety and insurance.

Hartley has held multiple roles with the company, including general manager and district manager, since he started Jan. 9, 1970.

He was recognized for this milestone both in Orlando, Fla., at Truly Nolen’s 2020 Manager Meeting and in Tucson, Ariz., at a luncheon in his honor.

The 78-year-old Hartley first became familiar with Tucson, where Truly Nolen is headquartered, while serving as a radar technician in the U.S. Air Force, stationed on nearby Mt. Lemmon. After his honorable discharge in 1969, Hartley relocated to Tucson permanently and used a hiring agency to find employment. After a couple of temporary interviews, he had a 20-minute interview with Truly Nolen and was hired as a termite inspector on the spot. Hartley knew nothing about bugs when he was hired, but has since become an encyclopedia of knowledge about insects and rodents.

He was a close confidant of the late Truly David Nolen for 47 years until Nolen’s death in 2017, and remains on the executive board of the company.

“I first met Truly in the courtyard at our Speedway Blvd. office a few weeks after I was hired,” Hartley said. “He asked me what my name was. I told him, and he told me to call him Truly.”

From this initial meeting, a strong professional relationship began as well as a friendship. When Hartley first became a district manager, he stressed to Nolen the importance of each of his team members having proper eyewear, gloves, respirator and hard hat. “Truly rolled my idea out across the company, and eventually had me join the executive team focusing on safety, chemicals and vehicles,” he said. 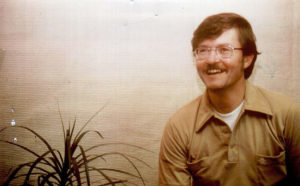 An undated photo of Bob Hartley from 1970. PHOTO: TRULY NOLEN

Hartley has an extensive, wall-to-wall collection of rhinoceros trinkets and art pieces in his office, according to Toby Srebnik, Truly Nolen’s public relations and communications manager.

Hartley also found love in Tucson. He first met Susan Sealey, a termite dispatcher for Truly Nolen, in 1970, and asked if she would have a cup of coffee with him. He then realized he did not have any money in his pocket, so he asked her to borrow five dollars. Despite the unusual request, a true romance was born. “Susan was my soulmate and we spent 47 years together working, playing, and traveling,” Hartley said. “She was a truly beautiful person.” Sealey passed away in 2016.

When asked what advice he would give to someone in terms of remaining with a company for a long time regardless of the field, Hartley said, “To ensure longevity with any company, pick one that has high standards and impeccable integrity; then, be flexible and roll with the ups and downs sure to come!”

“Bob is someone that has always spoken his mind – and that is something my father always appreciated about him,” said Scarlett Nolen, Truly Nolen’s president. “Bob’s career evolution starting as a termite technician and growing to a VP and board member embodies the opportunities we hope our partners strive for.”