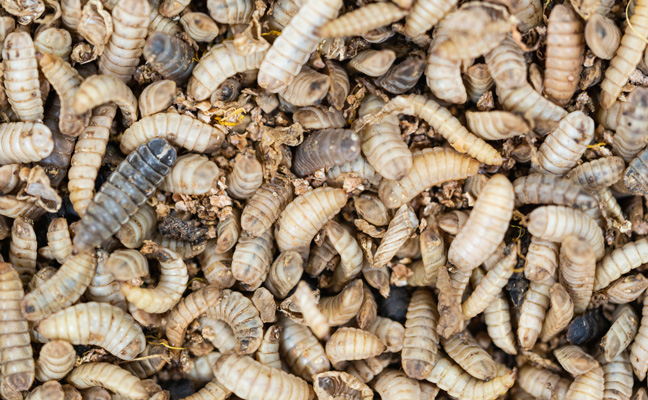 The fat from black fly soldier larvae could soon be coming to a cake near you. PHOTO: ANTOS777/ISTOCK / GETTY IMAGES PLUS/GETTY IMAGES

For an industry in which many have partaken in chocolate chirp cookies (this editor included), and perhaps other delicacies like banana worm bread and scorpion suckers, using fat from the larvae of black soldier flies (Hermetia illucens) as a butter substitute doesn’t sound like much of a reach. But the consumer media had a field day, with headlines including:

According to the original news release, researchers at Ghent University in Ghent, Belgium, baked three types of waffles, cookies and cakes:

In a consumer panel test (where to me, at least, it’s not clear whether the panelists knew about the flies, per se, as much as they were asked about taste only): “The cake with a quarter of insect fat passed the test: the taste panel did not notice that insect fat was used. In the case of waffles, they did not even notice the presence of insect fat when half of the butter had been replaced. Also, the texture and color were hardly affected as compared with butter.”

The researchers point to two big benefits to using the fat as a butter substitute:

They do lament that the production costs are high because of the small scale. What do you think — could this be a viable addition to our pantry in the not-so-distant future?