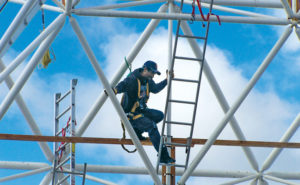 Bird experts stress the importance of making sure you have a properly fitting harness, and check the lanyard every time. If the lanyard is ever used in a drop event, discard it and get a new one: It’s a one-time use. PHOTO: BIRD BARRIER

Walk before you run. Pest management professionals (PMPs) can build their entire business on this mantra, but it’s especially pertinent for the bird control segment.

“You can lose your shirt quickly if you don’t know what you’re doing,” points out Stuart Aust, founder and former owner of Bird Doctor, Paramus, N.J. But the Pest Management Professional Editorial Advisory Board member, now president of mergers and acquisitions firm The Aust Group, notes success is possible if you start small and work your way up.

Mike Gerharstein and Jared Miller are wildlife supervisor and wildlife manager, respectively, for Columbus, Ohio-based Varment Guard, the wildlife arm of Plunkett’s Pest Control. Both agree there is more opportunity than ever for PMPs to branch out into bird control. 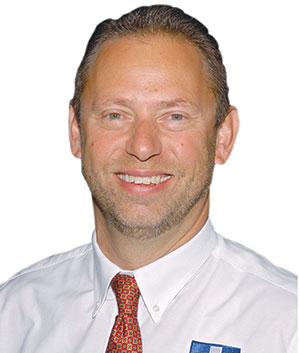 Miller notes that whereas small commercial businesses used to be able to take care of nuisance bird problems themselves, gun control regulations are making that more difficult. Gerharstein says there are  growing bird control opportunities in industrial facilities with third-party audits. Thanks to the Food Safety Modernization Act (FSMA) of 2011, the U.S. Department of Agriculture (USDA) and other food health inspectors are looking at bird feathers and droppings in pet food and livestock feed, for example.

“There’s a lot of natural risk with contamination,” Gerharstein adds. “We’ve had jobs where the USDA was threatening to shut industrial facilities down, and they cannot afford to stop production for very long.”

Rolie Calzadilla, CPCO, CGC, CWCP, agrees. Terminix Commercial’s bird and wildlife technical manager, based in Miami, Fla., points to the mass salmonella poisoning by the Peanut Corporation of America in 2008 as a prime example. With nine deaths and an estimated 714 people in 46 states sickened, the company was found to be negligent for a number of reasons — yet chief among them was letting its damaged roof allow rain into the production area. “Pigeons were nesting on the rooftop equipment, and their droppings washed down with the rainwater,” he explains. 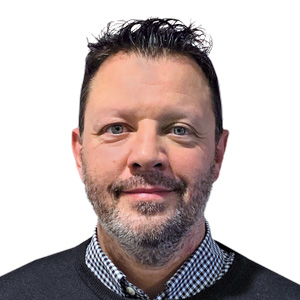 Back to that walk-before-you-run advice: R. Brett Madden, Esq., ACE, is president of Alliance Pest Services and Aviaway Bird Control Services, Tinton Falls, N.J. Previously, he had built up No Fly Zone before selling the company several years ago. With this second incarnation of his bird business, Madden notes he is becoming choosier about which accounts he takes on.

“Our previous company had grown to the point where we had to take on every single job to ‘feed the machine,’ to justify the costs of crews, trucks and tools,” he explains. “Today, I’m weighing the profitability of each potential new job with the level of work and aggravation it might bring. I think a lot of companies look at bird control and see high-dollar jobs. But a danger to that can be that you may end up making less on the high-dollar jobs than on the smaller, but secure jobs.”

One lesson particularly resonates with Madden: “We lost a significant amount of money on a large bird netting job because the client went bankrupt, and we were awarded pennies on the dollar.” 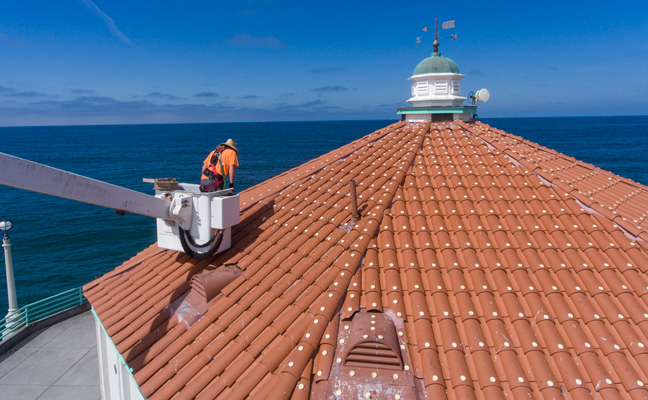 Learn the ins and outs of lift safety before taking on a big job like this, installing bird repellent dishes on the roof tiles of a pier structure. PHOTO: BIRD BARRIER 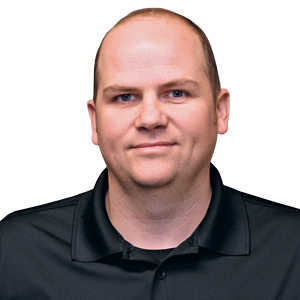 Aust currently is mentoring 14 pest management companies, and part of that process is helping them discern whether bird control is the right fit.

“If it is, we have them start with the little jobs, like birds nesting on an air-conditioning unit: You clean, sanitize and install spikes. Then they move on to birds on the downspouts, in the attic, and so on,” he offers as an example.

Aust points out that he started expanding his Bug Doctor business years ago simply by creating an invoice stuffer saying “We now offer bird control services.”

“Start small, get familiar with how best to provide the service, and the bird control suppliers will find you,” he predicts. “Once they know you’re capable of bigger things, they can start sending you leads in your market, too.” 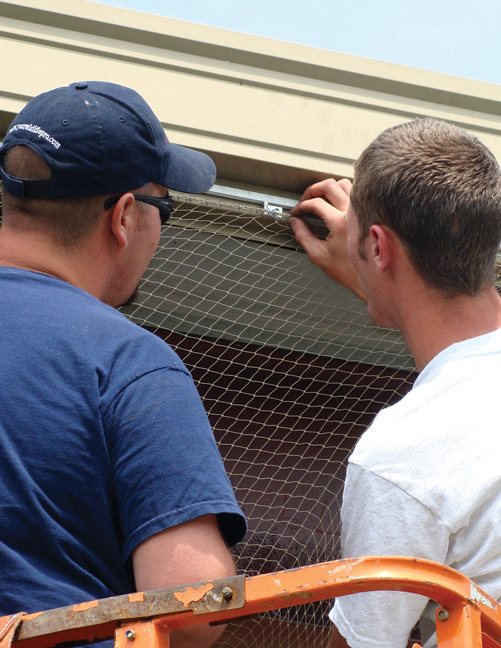 Manufacturer and distributors are invaluable, Aust says, because they can help train your team on how to best use their bird control products, and also provide leave-behind literature for clients, displays for home and garden shows or an account presentation, help prepare big bids and even help troubleshoot on problem accounts.

“Many of them also offer certification, with a day-long or so program,” Aust continues. “This can build pride among your techs: We framed their certificates and hung them prominently in the office, and we made copies to keep in their files. We also would include a copy in our bird control proposals to show we were on the level, as opposed to a company that doesn’t have certified techs.”

Madden agrees, and adds it also is helpful to get to know architects and engineers to familiarize yourself with the ins and outs of building structures.

“We’ve done thousands of jobs, and no two are alike,” Madden points out, adding that the more expertise you can accrue, the easier it is to spot accounts that aren’t worth the trouble. “We also conduct a job safety analysis, where we come to the site and go over what hazards we’d be creating, what hazards the client is creating, and how to mitigate both.” 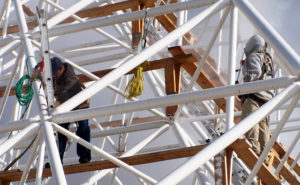 Having a crew certified in repelling and rope safety helps, too, Madden says. “We just looked at a job where we were one of eight bidders. But we were the only ones who brought the safety equipment — harnesses, lanyards and so on — so that we could thoroughly look at the job from all angles. Everyone else had to look from the street.”

Miller points out that the National Wildlife Control Operators Association (NWCOA) is a great training and certification resource as well. He says NWCOA’s course covers a lot of what PMPs who handle bird control need. Calzadilla takes it a step further: “I recommend anyone serious about getting into bird control look into the NWCOA class.”

Depending on the client, sometimes you need extra training just to perform their bird control work, Gerharstein says. “For example, we have [a customer with] an ethanol plant where the crew must wear fire-retardant clothing,” he says, noting that they also cannot use pneumatic drills there because of the combustible dust hazard. “We had to be trained in their specific safety protocols, and we have certification just for their business.” 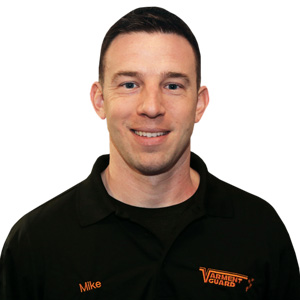 At the end of the day, Calzadilla says, it’s a matter of safety first. “Fall protection is a must when on a lift. Basic [personal protection equipment, or] PPE like a safety vest, gloves, hardhats, eye protection are needed for nearly every job.”

He also offers these tips:

“It’s a lot of training and a lot of PPE ready when needed,” Calzadilla warns. 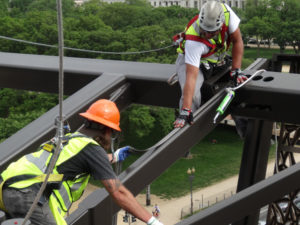 Bird control work is not something you can skimp on when it comes to tools, materials and equipment, according to every PMP interviewed for this article.

“Buy the best tools available when you need them for a specific job,” advises Calzadilla. “That way, the job pays for the tools. Labor is the most expensive element of a large bird job, and wasting time with inferior tools is counter-productive.”

Calzadilla also recommends renting the “exact lift needed for the job and charging it to the job. Using the wrong lift, or trying to save a couple hundred dollars on a lift rental may cause extra labor hours.” 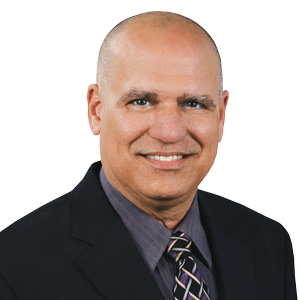 People are an investment, too, Madden points out. “Between the bad driver records, background checks, personality tests — all those things — we’re lucky to find one good job candidate in 50,” he laments.

He notes that a good bird control tech — someone with construction knowledge, the ability to work as a team player and yet is a self-starter not afraid of heights or odd hours — is rarely the same as a good general pest control technician. But once you make the right hire, it can pay dividends in the quality of your work.

“When they’re the right fit, your crew can work like a well-oiled machine,” he says.

Why pest prevention programs are essential for handling food