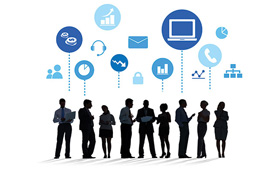 Soldan and Books will drive Slingshot’s next phase of growth after a record 2019. Last year, the company grew revenue by 54 percent, increased to more than 250 employees and closed a $2.4M seed round led by RET Ventures.

“Slingshot’s unique business model helped the company achieve explosive growth and we’re ready to take the company to the next level,” said Taylor Olson, Slingshot’s CEO. “Jon and Steve will be essential to our continued success as we scale operations, expand into new verticals, strategically invest in R&D, and solidify our leadership position within the $400 billion home services provider market.”

Suzanne Graham, the director of governmental affairs for Massey Services, has been inducted as the new president of the Florida Pest Management Association (FPMA). The FPMA has represented the pest industry as a protector of food, health, property and environment for more than 75 years.

Graham has served as the FPMA’s co-chair for the Government Affairs and Political Action Committee for six years and served as the Expo Chair in 2016. In her new role, Graham will work to continue effectively refining the administration and supporting services for the state association.

“I’m truly honored to be named president of the FPMA,” said Suzanne Graham. “I want to thank the Massey family for their unwavering support and commitment in allowing me to serve the association. The FPMA exists to serve its members and our industry. I look forward to collaborating with my industry peers to continue FPMA’s mission.”

Suzanne’s career in the pest control industry began in 1992 when she and her husband opened American Pest Control, which was one of the most successful small businesses in Charlotte County, Fla. Graham joined Massey Services when the company purchased her business in 2011.

“The NCPMA has helped my company grow through access to research, education, resources, and relationships,” said Roberts, who is currently serving as the secretary/treasurer of the NCPMA Board of Directors, “I am proud to serve the association in this capacity and I look forward to helping it and its members continue to serve pest management professionals and property owners throughout North Carolina.”

Petri Pest Control, based in Fort Lauderdale, Fla., has hired Barry Murray. He will be joining the company’s executive team in the newly created role of corporate director of sales and marketing.

He most recently served as president of The Murray Group, a marketing services consultancy created specifically for the pest control industry, generating over $1 million in pest control marketing and advertising revenue annually.

Prior to The Murray Group, he was the VP of marketing for Truly Nolen of America with a record of 13 years of consecutive sales growth garnering over 70 Addy awards, 11 People Choice awards, and even a Guinness Book of World Records placement for creating the world’s largest mouse trap in celebration of the company’s 65th anniversary.

“Barry’s knowledge of the rapidly evolving technology in marketing services for the pest control industry brings a new level of excitement to our team,” says Chris Cavanagh, VP of Petri Pest Control. “His addition to our team will help us advance our mission in becoming Southeast Florida’s leader in pest control and lawn services.”