Measure what matters: A series for success 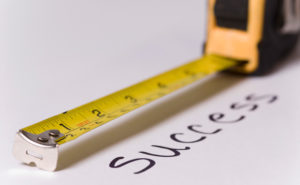 Editor’s Note: This is the first in a four-part series that examines the use of company benchmarks to ensure growth.

When growing a business, it is easy to focus only on what is directly in front of you. When you are a sole operator, you are focused on the next customer and the next day of work. When you grow to having employees, you are focused on making sure everyone has enough work to make a living so they don’t leave you. At this point, you are splitting your time between sales and service, hoping to grow enough to have two techs, then three, and so on.

But at some point, when you have an office staff and a sales staff and a field staff, you may wonder how you will know how your business is really doing, and what you need to do to take your company to the next level.

When I was in high school in 1980, my dad, who in 1987 served as president of the National Pest Management Association (then the National Pest Control Association), went around the country with a presentation he called “Ideal Pest Control.” In it, he described the stages of growing a business. He gave guidelines for what to measure to be successful in the field, as well as what to measure in the back end to ensure profitability and sustainability. He addressed production expectations, re-service percentages, reset percentages, work completion percentages, and amount and percentage collected. Dad also instilled in his sons the need to “measure what matters for success.”

The pest control industry has something going for it that no other industry I have ever heard of has: We want everyone to be successful. We share information like no other industry. Beginning with the guidelines instilled by my father, we have built on them, and used technology to measure them with brutal accuracy. I believe that no matter the size of the company, looking at data in a brutal way — in other words, never making excuses for why something is not the way it should be — is vital. To kick off Part I of this series, let’s look at one of the most important areas to measure.

Route completion is one of the most misunderstood areas in most businesses I have seen. Basically, route completion has been thought of as simply the number of customers still on the schedule at the end of the month that did not get serviced. But usually, this is an incomplete way to look at this vital area.

Instead, take a “snapshot” at the first of the month by exporting the entire schedule to Excel, and then don’t touch it. When the month is over, print a list of all the services that were completed. Compare the two lists. Allow no excuses. A customer either received service in that month, or did not. If a customer asked to move to the next month, even if it was by one day, it is still considered missed in the month it was due.

Aim for a route completion rate of at least 97 percent. This sounds way easier than it is when you look at it in the way I just described.

Think of it this way: When customers move from one month to another, the total number of services that are performed for that customer in a 12-month period is less than what you agreed upon. That is lost revenue to you and your staff. Try to avoid this whenever and however you can.

We often sabotage ourselves without realizing it, so this metric reminds us to be mindful. How often has a tech called a customer to say “Hey, I’m on my way, but it looks like it may be after 4:30 when I get there. Do you still want me to come?” When it’s put that way, you’re giving the customer an “out” — and inadvertently hurting your revenue. It’s better to just let the customer know you’re going to be late, but you’re still going to perform the agreed-upon service.

So, your route completion numbers are on target. You’re done, right? Not even close. Begin with something you are not currently measuring. When you get a grip on that one, move to another, then another. Don’t worry, I’ll give you some more ideas soon. You’ll find yourself addicted to the numbers for this scorecard for your business. Now … go knock’em dead! (See what I did there?)