The purpose of the National Pest Management Association’s (NPMA’s) annual Legislative Day event is to meet with Congressional representatives in their offices on Capitol Hill and explain the issues that currently are having an impact on the pest control industry.

When the event took place Mach 8-10 in Washington, D.C., the coronavirus had not been declared a pandemic, so attendance was strong and pest management professionals (PMPs) kept their Capitol Hill appointments as scheduled — although shaking hands was discouraged. Two days later, Congress closed the U.S. Capitol and House and Senate offices to the public. The NPMA was among the last of the organizations permitted to advocate on their issues.

At the Capital Hilton hotel, not far from the White House, NPMA members gathered for committee meetings; educational sessions about employee retention, artificial intelligence and polling, pest management regulations and building relationships with politicians. Networking receptions were held both evenings.

Legislative Day culminated with state representative meetings on Capitol Hill, where PMPs discussed, face-to-face, the issues that could affect their livelihood. Attendees learned how best to conduct their meetings with their state representatives, and received handouts that highlighted talking points. This year, the issues included pesticide preemption (see “The importance of maintaining pesticide preemption laws,”), and the Improving Laundering Laws and Increasing Comprehensive Information Tracking of Criminal Activity in Shell Holdings (ILLICIT CASH) Act.

The NPMA opposes a portion of the ILLICIT CASH Act, which was designed to improve laws related to money laundering. If passed as written, small businesses with 20 or fewer employees would be required to provide to the U.S. Department of Treasury’s Financial Crimes Enforcement Network (FinCEN) personally identifying information — full legal name, birthdate, current home or business address, and driver’s license or passport number — for every “beneficial owner” of the company. This is defined as anyone who has a 25 percent or more ownership stake in the business, anyone who controls the business, and anyone who receives 25 percent or more of the business’ assets. Those who do not comply would face stiff penalties: They would be guilty of a federal crime, subject to pay a fine of up to $10,000 or spend four years in prison, or both. The NPMA’s stance is that the ILLICIT CASH Act places a burden on small businesses, and urges the removal of Title IV in Senate Bill 2563.

One of two guest speakers for the Headquarters on the Hill luncheon, held on Capitol Hill for attendees between appointments with their representatives, was Bob Casey (D-Pa.). During the 2016 senate health committee hearings on the Zika virus, he was the only senator to ask Centers for Disease Control and Prevention (CDC) officials whether they had consulted with America’s 20,000 pest control companies.

“Nothing beats someone who is in the business, or has expertise on the issue they are trying to bring to the attention of the members,” he said. “Your presence here matters a lot, both the knowledge and experience you bring, but also your physical presence when you come as part of a larger national organization.” 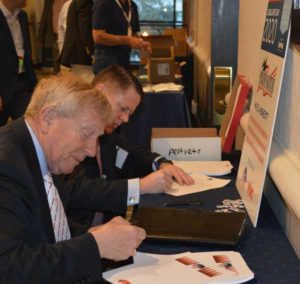 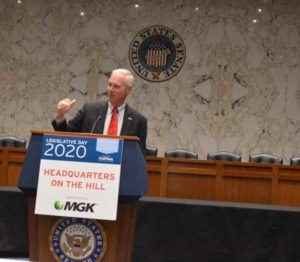 Ron Johnson (R-Wis.) advised pest management professionals to think of themselves as educators when advocating for the pest control industry. PHOTO: PMP STAFF 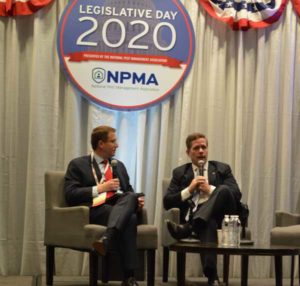 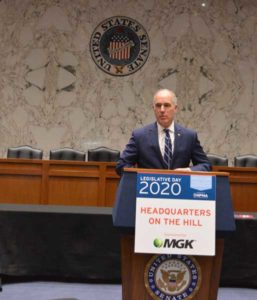 Bob Casey (D-Pa.) told those gathered for the Headquarters on the Hill Luncheon that PMPs’ work may be appreciated more with the recent heightened awareness of public health. PHOTO: PMP STAFF 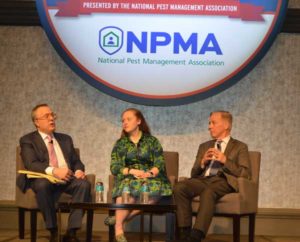 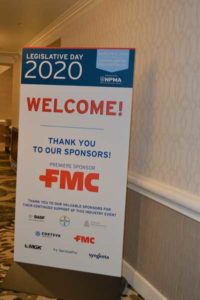 Legislative Day 2020 would not be possible without the continued support from sponsor companies PHOTO: PMP STAFF 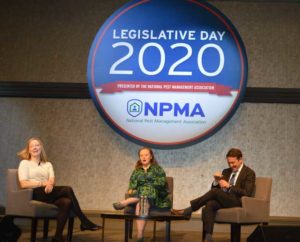 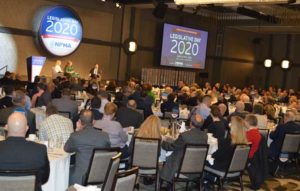 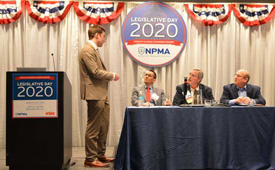 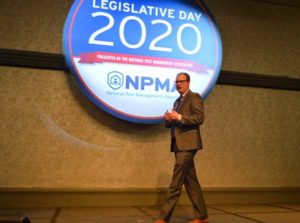 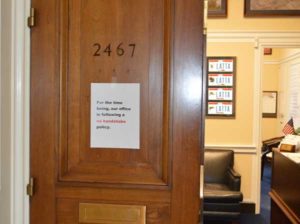 Sign of the times: Many of the U.S. Representatives posted signs on their doors about their no-handshake policy, like this one on Bob Latta’s (R-Ohio), due to the Coronavirus. PHOTO: PMP STAFF 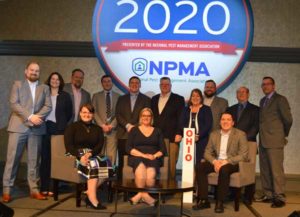 The Ohio contingent usually is one of the largest groups at Legislative Day. PHOTO: PMP STAFF