Retain employees with benefits befitting them 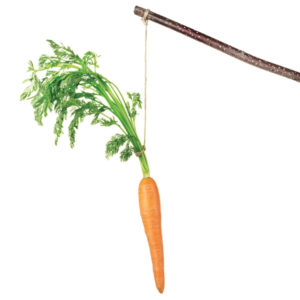 When I started Schopen Pest Solutions in 2006, it was not uncommon for me to work a 16-hour day. By my fourth year in business, it was the norm.

When I hired my first two technicians during my fifth year in business, I didn’t hesitate to make them work 12-hour shifts. I figured if I could do it, then they could do it. The problem with that thinking is that no one will ever want to work at growing a business the way the owner does. The blood, the sweat, the tears, the fears are all things owners go through. For your employees, they will enjoy working for you until the job stops being fun and starts becoming … well, a job.

During that fifth year of Schopen Pest Solutions, I finally had saved enough money to take my family on a vacation to Disney World. I didn’t have any office staff yet, it was just my two techs. I was still accepting sales calls, and still routing the routes from my hotel on my laptop at night. During our first day in Florida, my cell phone was ringing non-stop. I was hammering my two employees with initial after initial.

Finally, around 5 p.m. Central time, while my two young kids were on the Pirates of the Caribbean ride, one of my guys called me and reminded me in no uncertain terms that “I have a life, too, Pete” and “I wish I could take my family to Disney World, too!”

No, I didn’t fire him. Instead, I realized three important things that day:

So, what’s the carrot? Is it fewer hours and more pay? Is it health insurance? Is it more vacation time? Is it empowerment? Even today, I don’t have a formalized game plan in place on how to provide benefits to my employees. It just sort of evolved. I consider it a work in progress.

As my company continues to grow, I’ve been able to institute a new benefit each year. The very first benefit I gave my technicians was supplying them with smartphones. My first two guys had to use their own phones during their first year. Since then I have:

Some of the aforementioned benefits are outlined and explained in our Basic Core Policy Handbook. The handbook is a work in progress — as I type this, it’s 34 pages long. In the future, I would love to offer a 401(k) plan and some group outings to “warm” destinations.

Last December, I took my family to Florida again; this time it was Universal Studios. I’m pleased to report that not one employee called me. Things are always improving at Schopen Pest Solutions!

- Instill professional pride in your team

- Looking ahead to 2021: How to drive culture, teamwork and results