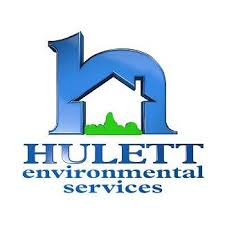 West Palm Beach, Fla.-based Hulett Environmental Services has long been known for its humorous take in marketing — look no further than “the Termite-Nator” TV ad from 2019. But the locally owned and operated firm took a more reassuring tactic for this year’s TV ad campaign.

The commercial, titled “We Are Here For The Community,” includes a brief flashback to some iconic Hulett commercials that will no doubt garner a bit of nostalgia for residents across South Florida. But the prevailing sentiment in the 30-second spot is peace of mind. It also puts the spotlight on Hulett’s new Disinfecting Service, as an extension to the Hulett Healthy Home program.

Hulett Marketing Director and local celebrity Greg Rice, who has been a Hulett spokesman since 1990 when he and his late twin brother, John, first started making TV spots for the firm, also makes an appearance in the latest ad. Watch the ad in its entirety here.

Hulett Environmental Services is a QualityPro-certified company with president and CEO Tim Hulett at the helm. Tim, a graduate entomologist from the University of Florida and a lifelong resident of South Florida, founded the company in 1968 as Hulett Exterminating. In 1989, Tim changed the company’s name to Hulett Environmental Services to better reflect a commitment to the environment and the ever-changing needs of Hulett’s customers throughout Florida.