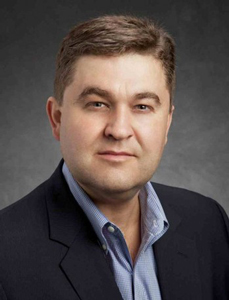 Dr. Osmun (1918-2012) was responsible for building the reputation and scope of many of the signature urban programs within the department, including the Pest Management Conference and the Correspondence Courses for PMPs. According to an announcement by Dr. Stephen Cameron, current head of Purdue’s Department of Entomology, the endowment “was funded by a long-running campaign of our alumni and industry partners, finally vesting due to a untargeted bequest in 2016.”

Dr. Pittendrigh is currently an MSU Foundation Professor at Michigan State University, East Lansing, Mich., is a specialist in insect genetics and genomics “with a magnificent research track record focusing on the genetics of pesticide resistance, with over 180 publications, and has received over $30 million in career competitive funding,” Dr. Cameron said.

Dr. Pittendrigh graduated from Purdue with his master of science in 1994,  and served as an assistant professor from 2000 to 2004, and associate professor from 2004 to 2008. He was honored with the John V. Osmun Award for Professional Achievement in 2016, the department’s highest alumni award.

Dr. Cameron noted that Dr. Pittendrigh “leads an innovative program in outreach and public education (SAWBo) focused on multi-lingual tools, and a strong track record as an educator and a student mentor. Most recently, he has developed significant experience directing large collaborative projects and most recently leading the USAID Feed the Future, Legume Innovation Lab. Dr. Pittendrigh has an expansive and compelling vision for taking the Center for Urban & Industrial Pest Management (CUIPM) into the future, and continuing our leadership in urban research, education and public engagement.”