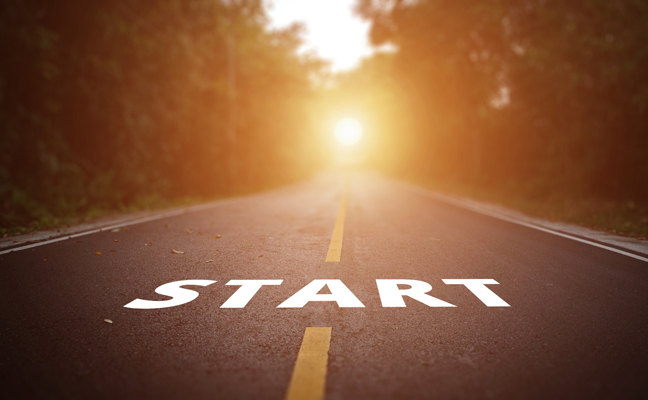 I tried not to jump up and down with excitement when my oldest son said those magic words: I want to start running. He was eleven and I didn’t want to overwhelm him. Still, we rushed to our local running store for special socks and shorts. He laughed when he climbed onto a treadmill and the staff videoed his running gait. They droned on about foot strike and pronating. It meant nothing to him; he only cared about comfort.

At home, he laced up his sneakers and we went for a couple of loops around the block. He had good form and a nice steady pace. He did so much better than I ever did on my first runs. Perhaps that’s why I made my mistake. I mapped out different runs for him around the neighborhood. I wanted him to feel in charge of choosing his own run, so I gave him options to mix and match. I listed sprints and hills and long stretches of flat road. I went over this 10-part running plan and missed the way his eyes glazed over.

I came home that first night, excited to hear how my new running buddy did. I expected to hear how he’d pushed up the hills or how he flew through his sprints. Instead, he shrugged and turned away. He hadn’t run at all. I’d overwhelmed him by giving him too many choices with too many unknowns.

How many times do we do this in business? It’s so easy to make a training plan from your own viewpoint of experience and knowledge. I sent my son out alone with no real guidance, forgetting that a beginner needs small steps and small goals. They need new concepts and skills broken down and then repeated until it becomes second nature. Only then, can we begin to add on new skills.

That’s how we train at BHB Pest Elimination. New employees can be uncertain and easily overwhelmed. We break down every task to the smallest part possible and repeat it until it becomes ingrained. We provide a training partner, someone who can guide them and cheer on their progress.

And then we send them out on their own. They try to impress with speed, like runners starting out too fast and then struggling to run the last lap. They miss things, like placing a monitor out in the open instead of behind an access panel. We let them make mistakes because learning from them can be powerful. But we keep providing training and support. We show them how to slow down, how to inspect and treat an area, one small step at a time.

I started all over with my son. I threw out the complicated maps and we started with one lap at a time, the same way I did as a beginner runner. I let him run too fast and said nothing when he stopped at the bottom of the hill, unable to finish. He learned. Together, we added new goals, step by step. Small steps. Small goals. That’s the secret for all types of training.

Get that first lap under your belt and the road is yours. Have a great run!

BRODER is president of BHB Pest Elimination, which is located in New York, N.Y. The company provides general pest control services in New York City’s five boroughs of New York, as well as New Jersey and Philadelphia.  He may be reached at 212-242-3383 or michael@bhbpest.com.