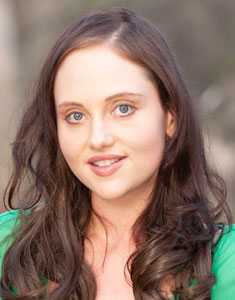 Rebecca Fyffe, CEO and director of research of Landmark Pest Management in Chicago, Ill., won the National Association of Women Business Owners’ (NAWBO’s) 2020 Woman Business Owner of the Year Award. The award is sponsored by Bank of America to recognize “overall business excellence,” according to the NAWBO news release.

Fyffe won the award in part because of her subject matter expertise on “policies and programs designed to enable women and minorities to capture a representative share of economic opportunities in corporate and government procurement and contracting.” She and three other NAWBO award winners were honored Sept. 23 during the organization’s Virtual National Women’s Business Conference (WBC2020) Awards Gala.

In a followup interview with PMP, Fyffe explains how she became involved in the fields of both public health and social justice via pest management. In the late 1960s, her aunt was a 19-year-old divorced mom of three living in an economically depressed apartment complex in Chicago, Ill.

“Seeking a safe place for her kids to play, away from gang activity and violence, she cleaned up the broken glass and bird droppings in an alley between apartment buildings where pigeons were roosting overhead,” Fyffe says. “Both she and the baby contracted encephalitis and meningitis from the droppings. She recovered, but the baby did not.

“It was very formative for me to know that my cousin Ray had been born perfectly healthy and normal, but because he lived in a poor neighborhood without safe playgrounds, he was exposed to an environmental hazard in the form of pigeon droppings, and the high fever and brain damage he endured resulted in severe epilepsy, worsening developmental disabilities caused by his constant seizures, blindness, and ultimately his death,” Fyffe continues. “This led me to pursue two interrelated fields of study, public policy and public health. My university honors research on the topic of wildlife disease epidemiology was supervised by scientists from the Field Museum of Natural History and the Davee Center for Epidemiology and Endocrinology at the Lincoln Park Zoo.”

Fyffe founded Landmark Pest Management in 2008. In 2012, she acquired ABC Humane Wildlife Control, which she notes was considered to be the nation’s first commercial nuisance wildlife control company when it was founded in 1976. The result of the merged companies sets Landmark apart, she says.

“One of our biggest differentiators is that we’re a team of scientists. The importance of studying wildlife diseases that have the potential to spill over from their animal host species to humans has never been more of a shared priority of the global scientific community than it is now, because SARS-CoV-2, the virus that causes COVID-19, had its origins in bats,” she explains. “Part of my philanthropic work involves contributing to science in the public interest. In fact, Landmark just completed another phase of a study in partnership with other scientific organizations to measure cortisol levels in wildlife hair samples. The specimens are part of a greater zoonotic surveillance program. Zoonotic surveillance programs improve the ability to detect new disease threats, and document changes in wildlife host-pathogen systems for which urbanization has significant impacts.”

In addition to being focused on “the science of pest control,” Fyffe is dedicated to mentoring girls and helping more women enter fields related to science, technology, engineering and mathematics (STEM).

The award, she tells PMP, reminds her of a favorite quote by Michelle Obama: “When you walk through that open door of opportunity, you don’t slam it shut behind you. You hold it open.”

“In everything I do, I make sure to do that,” Fyffe continues. “I’m in this privileged position where I’m able to help others because of the women who did this for me. I’m standing on the shoulders of giants, and this award is another example of how NAWBO lifts up women entrepreneurs and pulls us through that door. I feel like NAWBO is pulling me through another door, to another level with this award.”