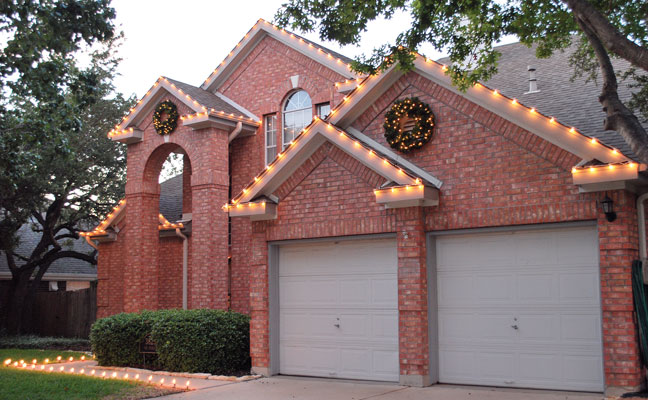 “We are excited to be able to make a meaningful contribution to Ronald McDonald House Charities of Central Texas, San Antonio, and Corpus Christi,” Jenkins said in a news release. “Our holiday lights will hopefully ‘light up some lives’ while keeping families close when getting care for their children.”

Carolyn Schwarz, CEO of RMHC Central Texas, noted in the news release that “the holiday season is a particularly difficult time to be away from home with a hospitalized child. The proceeds from new home lightings this year will be put to immediate use, providing families with warm meals, a comfortable bed near their child, and so much more.”

ABC’s holiday light installations include a consultation with a designer to plan a custom system; professional installation; and careful removal of all lights and connectors after the holidays, placing them in bins for use next year.

- Massey donates over 100K through ‘Tis the Season program