Will it be ‘lights out’ for the spotted lanternfly? 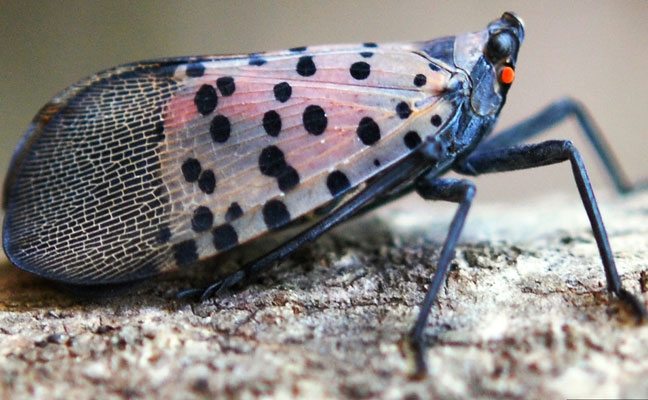 In our 2020 State of the Industry, in the November 2019 issue of Pest Management Professional, Joe Silvestrini brought up the spotted lanternfly (SLF) as an up-and-coming pest — not only for those who do turf and ornamental work, but for structural pest management professionals (PMPs), too.

But it just so happens Silvestrini emailed me recently to give our magazine an update about the insect and how it’s been a good source of sales for his company. “It is a really interesting season for SLF,” he wrote. “Our worst infestations have been in the Center City district of Philadelphia, and usually high on the buildings, like the 10th through 20th floors! We are continuing to learn about these insects.”

He’s not the only one in the Keystone State wanting to find out more. According to a recent article in the Reading (Pa.) Eagle, Penn State researchers have set up a Facebook page titled “Birds Biting Bad Bugs.”

According to the article, entomology professor Dr. Kelli Hoover, doctoral candidate Anne Johnson and others on the team “want to know if birds find the spotted lanternfly to be a tasty treat or a nauseating nibble. They’ve asked citizen scientists to share their observations via Facebook and birdsbitingbadbugs@gmail.com.”

The “nauseating nibble” reference comes from the leafhopper’s penchant for eating Ailanthus altissima, or tree of heaven. It can taste bitter to the birds when they eat the insect.

“Because the spotted lanternfly is a non-native insect, it doesn’t have natural enemies in the U.S. to keep its numbers in balance,” Dr. Hoover said in the article. “Finding predators that live in our environment would be a great biological control option and useful in guiding management practices.”

Armed with a McIntire-Stennis Capacity Grant from the U.S. Department of Agriculture, the researchers hope that a second phase will be investigating potential native insects to suppress SLF populations. So far, reports have come in from “citizen scientists” that praying mantises and assassin bugs have been spotted feeding on the pest.

While primarily in Pennsylvania, where it was first detected in 2014, SLF has been reported in Connecticut, Delaware, Maryland, New Jersey, New York, Virginia and West Virginia. On Sept. 30, Boston University’s Daily Free Press reported sightings in Massachusetts.