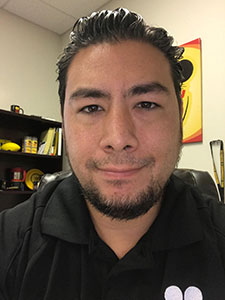 Luong joined Truly Nolen in November 2019, and has worked in the pest control industry since 2008. He also has retail management experience working for companies such as Lowe’s, Mervyn’s, and Blockbuster. He attended college at Central New Mexico Tech and Mira Costa College.

“My favorite thing about working for Truly Nolen is our people, and everyone seems to really care about their customers and colleagues,” Luong said in a news release. “I am excited about making a positive difference for our team and for our customers.”

“David has embraced our core values and culture, and has promoted a positive team environment since joining our company a year ago,” California District Manager Lee Blair said in the news release. “I am excited to have him as part of my team, and look forward to seeing his continued success.”