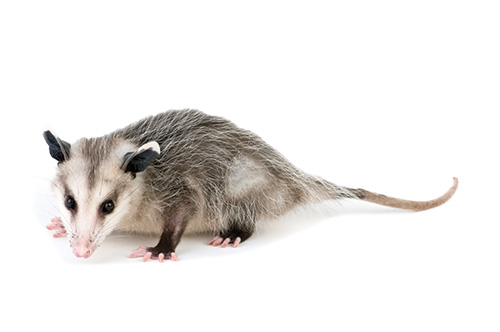 It is generally believed that structures must be located in wooded areas, foothill communities, and/or surrounded by wildlands to be impacted by wildlife and their associated problems. All too often, I have heard “You have to be living in the country” to be bothered by wild animals. Nothing could be further from the truth.

Wildlife are now encountered everywhere in California, including downtown Los Angeles. Today, I’d like to focus on details on major, new developing housing projects in southern Ontario, Calif., that are displacing resident wildlife populations and pushing them into compressed, marginal habitats where they seek sanctuary.

The area in question previously encompassed land that was occupied by wine grape vineyards that were abandoned some time ago and dairies with their surrounding pasture lands. Construction of houses on this land involved major disruption of the animal communities that occupied these habitats. For the displaced creatures, the disruption meant “run for your life” or perish. The question is: Where to go?

In this case, a 100-foot-wide Southern California Edison (SCE) power line corridor became a refuge. The two major utility companies, namely, SCE and Pacific Gas and Electric, have approximately 53,000 and 81,000 miles, respectively, of overhead electrical lines in the state of California. SCE performs periodic mechanical weed abatement in its corridors. There is no irrigation on this strip of land, and vegetation quickly dries up soon after winter rains.

In this area, there are some permanent harborages/refugia for wildlife that are not affected by periodic mechanical weed abatement. However, drying out of the vegetation and disking of the land mean hard times for the animals that live there. Wildlife are forced to cross streets to search for food and water in neighboring residences — particularly those with irrigated landscapes or pet food and water bowls that are left out overnight.

Crossing the streets brings the wildlife in conflict with vehicles that result in road kills. Yet the animals do what they must to survive. Skunks and possum search for and consume fruit in trees and on the ground in residential yards. Backyard fruit trees that overhang sidewalks drop fruit on the ground, creating easy lunch for the animals.

Thus, pestiferous wildlife can create lots of problems for homeowners, such as:

In conclusion, large-scale construction projects force wildlife into marginal habitats, from where they invade nearby residences in search of harborage, food and water. These marauding visits cause a lot of problems for homeowners, and it’s a wise pest management professional who anticipates such problems and offers customers — and perspective customers — preventive strategies as quickly as possible.

DR. GULMAHAMAD, BCE, is an urban and structural entomologist and consultant based in southern California.