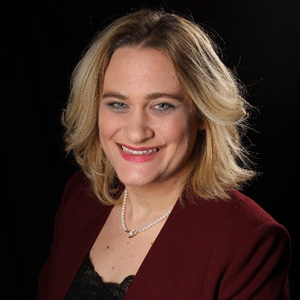 Kristen Spotz has been named the new senior director of regulatory affairs for Responsible Industry for a Sound Environment (RISE).

In this role, Spotz will be responsible for the association’s regulatory work, which includes strategic oversight for effective policy strategies and serving as the staff lead for the Regulatory Affairs committee.

Headquartered in Arlington, Va., the national association represents manufacturers, formulators, distributors and other industry leaders engaged with specialty pesticides and fertilizers used by professionals and consumers.

“Kristen’s nearly 16 years’ experience in regulatory affairs makes her a great addition to our staff,” RISE President Megan Provost said in a news release. “She’ll enable our association to proactively and productively engage with federal- and state-level regulatory agencies and our member volunteers on regulatory priorities in the specialty pesticides and fertilizer industry.”

Spotz earned her bachelor’s of science degree in chemistry from the University of Central Florida.

Prior to joining RISE, she worked as the manager of regulatory affairs at the Consumer Brands Association (CBA), formerly known as the Grocery Manufacturers Association, which represents food, beverage and consumer packaged goods companies.

She served as the staff liaison for CBA’s Regulatory Inspection Compliance Committee and the Food Allergen Committee. Spotz was part of a team that managed numerous member-driven working groups that developed comments to the Food and Drug Administration on the Food Safety Modernization Act (FSMA), the largest food safety regulation in more than 70 years.