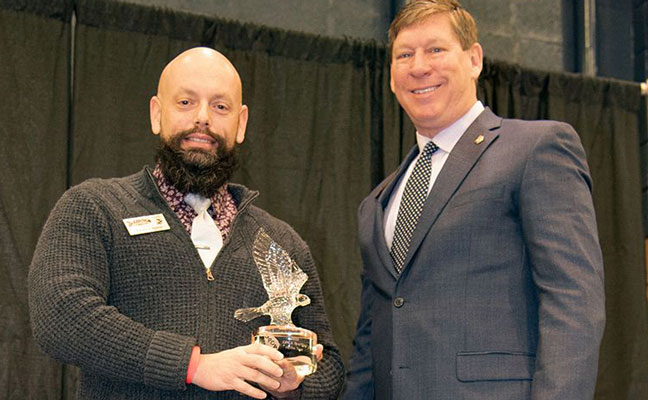 Atlanta, Ga.-based Arrow Exterminators and PestVets, the FMC-sponsored, military veteran-focused group of the National Pest Management Association (NPMA), have made headlines together in recent weeks.

First, at the Georgia Pest Control Association’s (GPCA’s) Winter Conference in Dalton, Ga., last month, PestVets recognized Xavier Cugnon as one of its two Georgia “2021 PestVets of the Year.” Cugnon is a Marine and the VP of Human Resources Administration for Arrow. He helped establish the Arrow Veterans Committee to further Arrow’s core value of community. It has since hosted many collection drives, sponsored families in need, and volunteered at various events — more than 20 initiatives last year alone. Cugnon is also part of the Georgia PestVets 3/16 Veteran Support Group, established in 2020 under the NPMA’s PestVet umbrella. The group’s goal is to both help provide jobs, and to showcase the support and contribution to veterans from the pest control industry.

“I was truly honored to receive this award,” Cugnon said in news release. “Support from the community has been overwhelming. As a retired veteran myself, I appreciate the many efforts that Arrow Exterminators, the GPCA, and the pest control industry as a whole has already contributed to giving back to our veterans.” 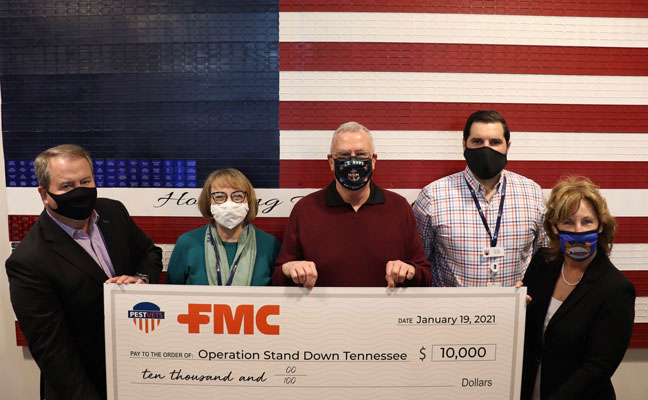 In addition, Arrow Exterminators’ Marie Horner, ACE, teamed with two other PestVets representatives — FMC’s Tom Wharton and Catchmaster’s Dr. Stan Cope — to present a $10,000 check to the non-profit veterans group Operation Stand Down (OSD) chapter in Nashville, Tenn. Horner, who is Arrow’s VP of Government Affairs and a 2020 PestVet of the Year, chairs the PestVets Committee. She also wrote about what this experience meant to her exclusively for Pest Management Professional here.

Every year, during the week of NPMA’s PestWorld conference, PestVets dedicates a day of service within the veteran community. Because of COVID-19, PestWorld 2020 was set as a virtual event, limiting the committee to certain precautions. To take the place of the acts of service, the committee decided to create a virtual fundraiser for OSD Tennessee — since the event was originally set to take place in Music City.

“I am beyond delighted to have Marie be a part of such a great cause and organization such as Operation Stand Down and the NPMA’s PestVets committee,” Arrow CEO Emily Thomas Kendrick said in a news release. “We are so thankful for the opportunity to have team members dedicate their time and efforts to bettering our communities.”