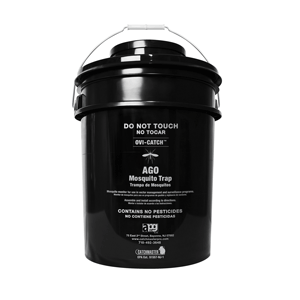 AP&G Co.’s Catchmaster Ovi-Catch Mosquito Trap has received the Federal Lab Consortium Award for Excellence in Technology Transfer. Now in their 30th year, these awards recognize successful partnerships between a federal lab — in this case, the Centers for Disease Control and Prevention (CDC) — and an industry partner in making inventions into useful products, with demonstrated success.

In a news release, Catchmaster notes that these awards “are ranked as some of the most prestigious honors in the technology transfer field, and are given as a symbol of well-deserved recognition for phenomenal technological efforts.”

The Ovi-Catch Mosquito Trap uses mosquitoes’ breeding habits against them. The trap is designed to mimic mosquito breeding sites, particularly for some of the most invasive mosquito species known as container breeders. Mosquitoes are lured to the trap by the design and use of water, which mosquitoes need to complete their breeding cycle. Mosquitoes attempt to enter the trap to lay eggs, are prevented from reaching the water by a screen, and become stuck on a glue board inside the trap. Eliminating just one female mosquito can prevent up to 1,000 future mosquitoes, research has found.

“The trap is particularly effective against the Asian tiger mosquito, the yellow fever mosquito and the Culex house mosquitoes,” Dr. Stan Cope, AP&G’s VP of Technical Products & Services, said in the release.

The trap was initially developed by the CDC at its Puerto Rico research and testing facility. Researchers at the facility were using AP&G adhesives in various projects, but as work on the trap accelerated during the Zika virus scare, so did AP&G’s role consulting with CDC on the project. After securing a product license for the trap and working with the CDC’s parent organization, the National Institutes of Health (NIH), AP&G lent its large-scale manufacturing muscle to the process. AP&G introduced the product to the professional pest management industry in 2018, and the company works with distributors to market it to pest professionals and other customers.