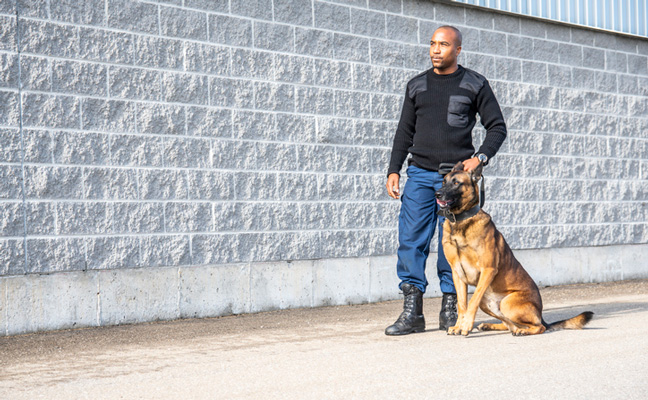 Last week we discussed talking to dogs and whether they understand what we say. It’s a fact that we command, reprimand and encourage our dogs using our voices and we expect them to understand. There’s no doubt that dogs quickly learn when we are angry or happy, based on our tone of voice and that there’s also science backed evidence that dogs can learn the meaning of some words.

Even though dogs have a wide range of vocalized communication signals, their main form of communication is physical. Almost everything a dog does with its body, when encountering another dog (or a human), is purposeful and reflects a signal. Everything from its tail to its head position, even the way the ears are held and the way the lips and eye lids are positioned is significant. Many humans make the mistake of looking at a dog’s tail for clues about the dog’s temperament and whether it is safe to approach. If the tail is wagging, the dog is friendly they surmise.

Listen, I’ve trained and worked with a lot of police K9’s over the years and the vast majority of them will wag their tails vigorously as they bite onto a suspect’s arm or leg, inflicting injury and eliciting screams of pain from the suspect. I doubt that the suspects bitten by these dogs would agree with looking at the dog’s tail to ascertain its mood.  In order to understand a dog, based on body language, you must look at the dog’s entire body. If you’re interested in learning about dog body language I recommend several books written by Dr. Stanley Coren.

But how important is the spoken word to dogs?

Many times, dogs will suddenly engage in a fight or a play session without ever making a sound. While it my appear to us that the fight was spontaneous, the two dogs will have spoken volumes to each other, offering challenges that were met with resistance, warnings that were met with defiance until the pressure builds in to a physical altercation.

So, if nonverbal signals are such a part of a dog’s mean of communication, wouldn’t it behoove us to understand a little of what they are trying to tell us? Given the level of importance that dogs obviously assign to non-verbal communications, shouldn’t we be aware of what we may be telling our dogs? I believe we, as professional handlers and trainers, should be familiar with what dogs try to tell us with their body language.

We could avoid accidental bites and unfortunate incidents if we’d just be more attentive to the dog and get away from our tendency to anthropomorphize. For example, when a child is hugging a dog, we tend to think, “How sweet!” But if the dog is pulling its face away and trying to lean away from the child, it’s probably trying to tell the child, “I don’t like this and I wish you’d stop.”

A lot of kids have been bitten because their parents didn’t recognize or missed signals that the dog was desperately sending in an attempt to get such behavior to stop. There is more than improvements in detector dog handling at stake.

This is Part II of a three-part series. In the next segment, we’ll discuss some implications more specific to professional dog handling.