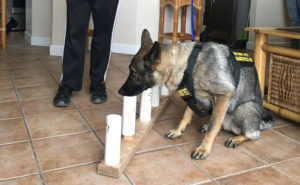 Based in Vincent, Ala., the World Detector Dog Organization (WDDO) has finalized its speakers for its 15th annual conference, taking place both in-person — and for the first time, with a virtual option via the Zoom platform — April 8-9, 2021. Classes will be archived online for all attendees to access for 30 days after the event. WDDO Founder, Chairman and Master Trainer David Latimer is an online columnist for Pest Management Professional magazine.

“Due to pandemic travel restrictions, many of our international members, as well as state-side members, won’t be able to make the conference in-person this year,” Guy Aumend, president of WDDO, said in a news release. “Having a hybrid event platform available made the most sense.”

WDDO VP Julie Anne Smith noted in the news release that the speaker lineup “covers everything from the basics to the advanced, and will benefit all handlers, no matter what their target odor.”

Speakers and topics include: