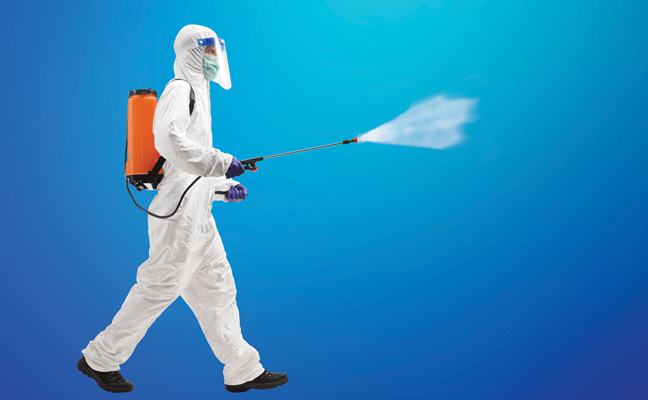 Regardless of your political affiliation, legislation in your state could have an impact on pest control.

In 2021, pest management professionals (PMPs) should keep an eye out for changes to rules and regulations that their state legislators may propose.

You can get involved and help effect change in your state by working with the NPMA and becoming a member of its State Policy Affairs Representative (SPAR) program, which advocates on behalf of the pest management industry and PMPs. Joining your state and local pest control associations will enable you to keep abreast of any changes that may affect how you are required to do business — or take action when changes are imminent.

The repeal of pesticide preemption is the biggest threat to the structural pest control industry, according to the NPMA.

Pesticide preemption means the U.S. Environmental Protection Agency (EPA) and state lead agencies — not local governments — are responsible for regulating pesticides. After a pesticide is federally registered, each state’s lead regulatory agency is considered a co-regulator for that pesticide because each state can impose additional restrictions or deny the pesticide’s registration.

Each state with pesticide preemption has a uniform set of pesticide regulations. These state laws take precedence over conflicting local and municipal ordinances.

Recently, however, city and county officials across the country have been trying to regulate the sale and use of pesticides in their jurisdictions. This is a move that sets stricter standards and ignores the decisions already made by the EPA and state lead agencies.

For PMPs who operate in many local government jurisdictions in a single day, it is important to operate under the same set of pesticide regulations. That’s because they would have to know, and more important, adhere to regulations that could differ depending on the location of a given account.

In states with pesticide preemption, pesticides are regulated by each state, and municipal governments are not allowed to establish their own pesticide laws. State regulation and regulatory uniformity are the most effective ways to regulate pesticides, the NPMA says. Only state lead agencies — the Department of Agriculture, in most cases — have the adequate resources, funding and staff to regulate pesticides. Your local town, city or other local government jurisdiction is no match for the state lead agency regarding regulatory capability and effectiveness.

In addition, pests don’t respect local government boundaries — an infestation in one location isn’t going to stop at the town’s border. Disparate treatment methods could make control a challenge for PMPs.

The NPMA says local government laws in the six non-preemptive states do not provide adequate enforcement of pest control regulations. Strong enforcement holds pesticide applicators who do not follow the local laws accountable. The NPMA’s position is that strengthening state lead agencies with additional inspectors and enforcement power is a much better alternative for protecting public health and the environment, rather than allowing local governments to regulate pesticides.

In addition, if a state repeals pesticide preemption, not only will the NPMA have to engage with the state legislature on pesticide policy, but potentially hundreds of local governments as well.

Minnesota came close to partially repealing pesticide preemption in 2019; however, a provision to allow the four largest cities to regulate pesticides was struck down. The NPMA says the pest control industry led a coalition of stakeholders to oppose the bill, and the Minnesota Pest Management Association sent more than 1,000 grassroots messages to help defeat the measure. In 2020, another bill was introduced that would allow for 853 towns and cities in Minnesota to ban pesticides with a pollinator advisory box on the label — but that bill also was defeated.

Colorado nearly repealed pesticide preemption in 2020, when a bill was introduced that would have allowed for every local government jurisdiction in the state to regulate pesticides. It maintained pesticide preemption for agriculture and the marijuana industry, but not for structural pest control. When the COVID-19 pandemic hit, a hearing for the bill was canceled, and then was never made a priority the rest of 2020.

In addition, U.S. Rep. Joe Neguse (D-Colo.) and Sen. Tom Udall (D-N.M.) introduced the Protect America’s Children from Toxic Pesticides Act (PACTPA) at the federal level that would repeal pesticide preemption in all 44 states. The NPMA expects this bill to make a comeback in 2021, and is prepared to fight it again.

Other states that have recently introduced measures aimed at repealing pesticide preemption include Connecticut, Florida, Massachusetts, New York and Wisconsin.