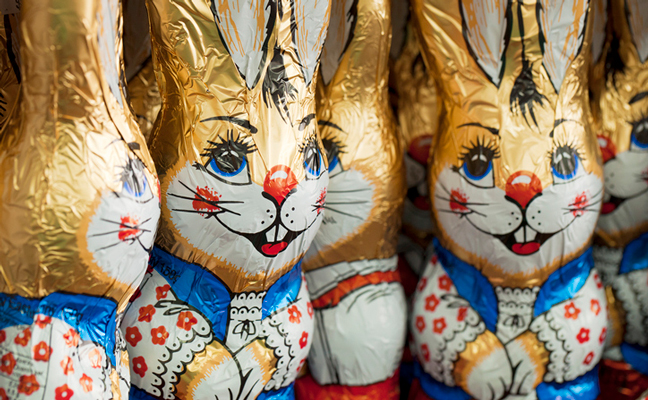 When the Easter Bunny glows pink and red, you know you either got into a bad batch of jelly beans, or perhaps you’re watching the biofluorescence of the nocturnal springhare (Pedetidae).

Yep, in the Feb. 18 edition of Scientific Reports, distilled for the masses over at LiveScience.com, “researchers are building a growing (and glowing) list of fluorescent mammals, and a new addition, an endearing jumping rodent called the springhare, just leaped into the spotlight, its brown fur lighting up in swirling disco patterns of pink and orange under ultraviolet (UV) rays.”

“The fact that biofluorescence was not easily removed via washing and was present on museum specimens from 1905 suggests that the biofluorescence is a part of the physical anatomy of the hair fibers for Pedetidae.”

Now, these hares won’t be crossing paths with your technicians anytime soon, unless you have accounts in southern Africa or in parts of Kenya or Tanzia. Still, researchers were curious about the glow, which is also found in certain species of flying squirrels, opossums and platypi, as well as fish, reptiles, birds and other animals. They are doing more research to build upon the theory that a natural lighting from within could be ecologically helpful for nocturnal animals.

- Determine where wildlife is entering

- NWCOA continues educational focus for wildlife control pros
This article is tagged with rabbit, wildlife and posted in Crawling the Web