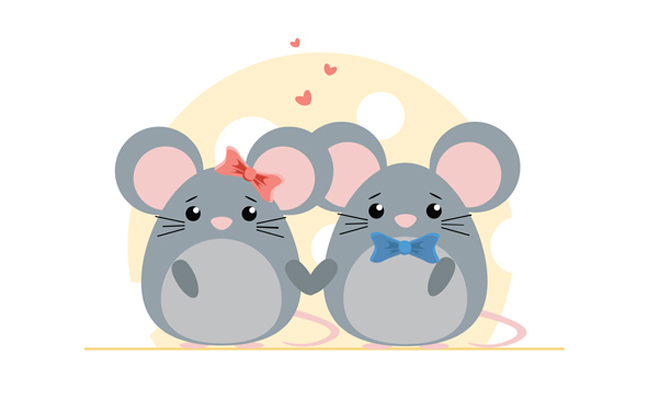 Sometimes, animal behavior is so practical, it’s scary. Take, for example, the concept of necrophoresis, which is the term used for when ants, bees, termites and other social insects remove dead brethren from the nest. They are seemingly hardwired to realize that whatever caused their nestmates to die could be bad for them, too, so they need to get these carcasses outta here! (A fascinating take on this, based on a study by E.O. Wilson, is here.)

Now, a recently published study by the Massachusetts Institute of Technology (MIT) finds that mice are able to make the thought leap of “this potential mate seems sick. I’m not going to socialize with it anymore.”

Per an article that appears on Phys.org, MIT’s Picower Institute for Learning and Memory found that “when male mice encountered a female mouse showing signs of illness, the males interacted very little with the females and made no attempts to mate with them as they normally would. The researchers also showed that this behavior is controlled by a circuit in the amygdala, which detects distinctive odors from sick animals and triggers a warning signal to stay away.” The study analysis appears in the March 31, 2021, issue of Nature.

“Previous studies have shown that mice can distinguish between healthy mice and mice that have been injected with a bacterial component called LPS, which induces mild inflammation when given at a low dose. These studies suggested that mice use odor … to identify sick individuals,” the article states. (LPS is short for lipopolysaccharides). A mouse can detect the odor via its vomeronasal organ (VNO), also known as Jacobson’s organ, which is located in the soft tissue in the nasal cavity just above the roof of the mouth.

Could the pest management industry harness this knowledge to develop a repellent? The possibilities are tantalizing.