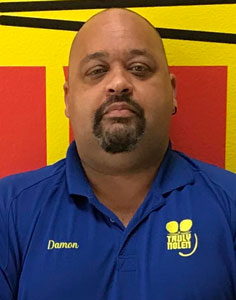 Evans joined Truly Nolen in February 2016 as a salesperson, and has more than 20 years of experience in the pest control industry. Prior to joining the company, he worked for Riverside County Pest Control in sales and as a termite technician. Evans also studied entomology at Texas A&M University.

“I am most excited about being homegrown within this service office, and getting to continue to work with the same team I’ve been with the last five years,” Evans said in a news release. “My favorite thing about Truly Nolen is our company’s culture, as well as the support of everyone throughout our company.”

“Damon’s two decades of pest control experience, embracing our company culture, and ability to motivate others made him the easy choice for this new opportunity,” California District Manager Lee Blair said in the news release. “I look forward to seeing how he continues to shape our Palm Desert team going forward.”

The Tucson, Ariz.-based pest control company traces its roots to 1938, and to 2006 PMP Hall of Famer Truly Wheatfield Nolen. Nolen’s son, the late Truly David Nolen, founded Truly Nolen of America and Orlando, Fla.-based Truly Nolen International, both of which feature a fleet of yellow “mouse cars” and antique vehicles. Truly Nolen of America has more than 80 branch offices in Arizona, California, Florida, Nevada, New Mexico, Texas and Utah. It also has independently owned and operated franchises in an ever-growing number of territories including Kentucky, Georgia, New Jersey, Canada, Puerto Rico and more than 60 countries.