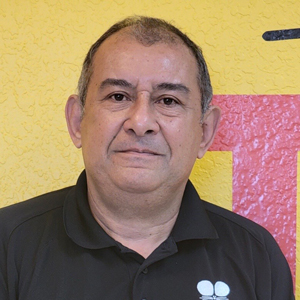 Habed’s responsibilities will include helping the service office gain more visibility with the local South Miami community as well as instilling the company’s core values throughout his team.

“I am very excited at the chance to put my management experience as well as my pest control knowledge to work while helping my team members reach their potential and grow within the company,” Habed said. “My favorite thing about Truly Nolen is having great personal satisfaction from when our team members help customers solve their pest issues.”

He joined Truly Nolen in April 2020 as a manager-in-training. Habed spent 35 years in the petroleum industry in his home country of Nicaragua as well as Costa Rica, Panama, Belize, and other Caribbean markets.

Prior to joining Truly Nolen, he owned and operated a gas station, convenience store and quick-service restaurant franchise. Habed earned his bachelor’s degree in business administration with a major in finance at Universidad Americana in Nicaragua.

“Juan’s three decades of management and customer service experience along with his ability to teach others made him an excellent choice for this new opportunity,” said Rafael Masferrer, Truly Nolen’s district manager, Southeast Florida. “I am excited he is part of our South Miami team and I look forward to his continuing success.”

The Tucson, Ariz.-based pest control company traces its roots to 1938, and to 2006 PMP Hall of Famer Truly Wheatfield Nolen. Nolen’s son, the late Truly David Nolen, founded Truly Nolen of America and Orlando, Fla.-based Truly Nolen International, both of which feature a fleet of yellow “mouse cars” and antique vehicles. Truly Nolen of America has more than 80 branch offices in Arizona, California, Florida, Nevada, New Mexico, Texas and Utah. It also has independently owned and operated franchises in an ever-growing number of territories including Kentucky, Georgia, New Jersey, Canada, Puerto Rico and more than 60 countries.