Get familiar with insect families 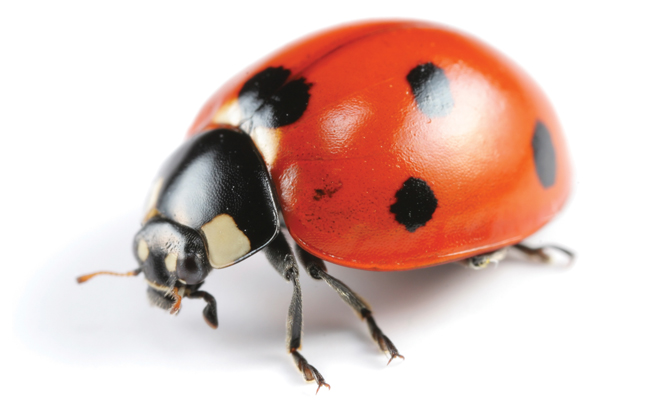 For most customers, the presence of lady bugs (Coccinellidae) outside are cute; inside, they’re a pest. PHOTO: ARLINDO71/E+/GETTY IMAGES

We all know Nannies, Mimis, Bubbies, Mee-maws, Poppies, Pop-Pops and Paw-Paws. There is a certain (justified) pride that grandparents take in choosing their names upon the arrival of a little one. Family names like these define and identify each of the grandparents in a child’s life, making the namesake instantly recognizable.

But let’s take this family name idea further. It’s estimated that there are more than 30 million unique insect species on Earth, including more than 350,000 species of beetles alone. No pest management professional can be expected to remember the identities of the multitude of insects (or arthropods, for that matter) that a client might encounter.

Luckily, you don’t have to. Even though many callback services are generated because a non-pest arthropod accidentally wanders into the basement or garage, when it comes to identification, the family name is usually enough.

In entomological terms, insect families are large groups of insects with similar characteristics. Think of ground beetles (Carabidae), mosquitoes (Culicidae) or phorid flies (Phoridae). Both the common and the scientific names of these are all names of groups, or families, of insects made up of many different species.

Typically, identifying a pest by its family name will be enough to appease the curious mind of a concerned customer. Knowing that the leafhopper (Cicadellidae, a family comprised of more than 20,000 species) on the windowsill will neither bite nor infest the home is enough information for most clients.

So, take some time to learn how to identify the most common insect families. They will come in handy when discussing the ominous-looking moths that frequent your customer’s porch light in the evenings. Before you know it, the names of these critters will be rolling off your tongue as easily as “Grammy” and “Grampy.”