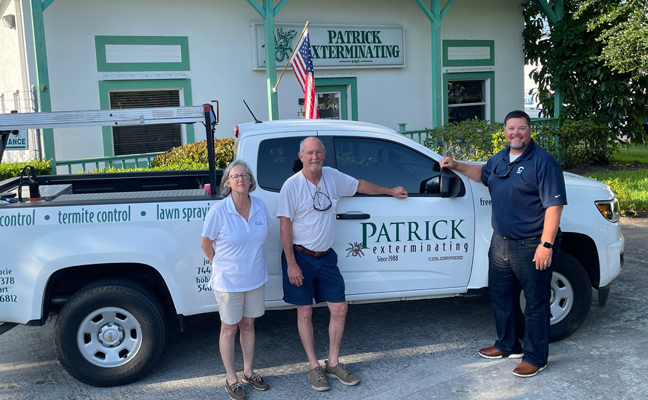 Terms were not disclosed; Rand Hollon from Preferred Business Brokers represented and acted as exclusive financial advisors to Patrick Exterminating in this transaction.

“When I started this business, I was the only employee. That isn’t the case today. Most of my team has been with me for more than 15 years,” Patrick Exterminating Founder and Owner Rick Patrick said in a news release. “A key factor in my decision [to sell] was making sure they would be joining a company that would recognize their tenure and loyalty and help them continue to grow.”

“The long tenure of the team at Patrick Exterminating speaks volumes about the business Rick has created,” Mike Givlin, CEO and co-founder of Certus, said. “We look forward to welcoming them into the Certus family and continuing to support their strong service and employee-centered culture.”

In 2020, Certus completed its first acquisition in Florida with Hoskins Pest Control.