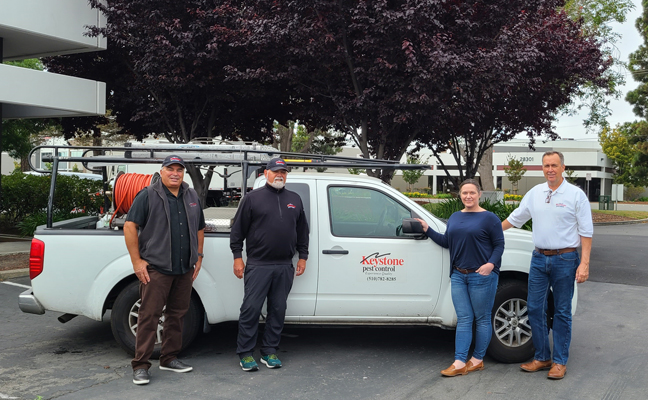 Terms were not disclosed; PCO M&A Specialists, a division of PCO Bookkeepers, represented and acted as exclusive financial advisor to Keystone Pest Control in this transaction.

The Northern California company has served pest control customers in the Bay Area for nearly 20 years. Co-owners John Pirrone and Steve Dietrich founded the company in 1992 after working in the industry for many years.

“Steve and I formed Keystone to offer our community better quality pest control, and it’s important to us that we’ve chosen a company to hold up that tradition,” Pirrone said.

Dietrich added, “The fact that Certus is founded and run by former technicians gave us the confidence that our hands-on approach to ensure the best customer experience would continue, even when John and I are no longer managing day-to-day activities.”

Certus enters the San Francisco, Calif., market with the acquisition.

In 2020, Certus completed its first acquisition in California with Rodent Pest Technologies.

Industry up 19.2 percent over November 2021, per Blair/PCO M&A Specialists index