Summer is in full swing, and now that the pandemic is largely behind us, we are ecstatic to once again partake in community activities — including cheering on pest management companies participating in local parades.

Did we not hear from you yet about your parade plans? Drop us a line at pmpeditor@northcoastmedia.net and let’s continue the conversation. 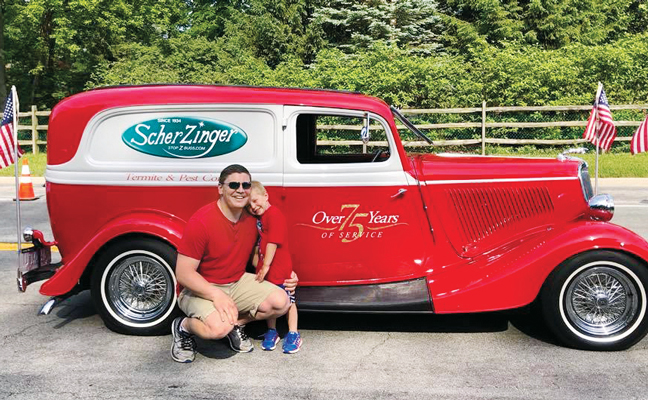 Eric Scherzinger, VP of procurement and marketing for Cincinnati, Ohio-based Scherzinger Termite and Pest Control (and a Pest Management Professional Editorial Advisory Board member), drives a 1934 Ford Sedan delivery truck in many local parades. It’s a replica of the work truck used by his great-grandfather, Bernie Scherzinger, who founded the company in 1934. Here, Eric is pictured with his son, Easton, circa 2018. 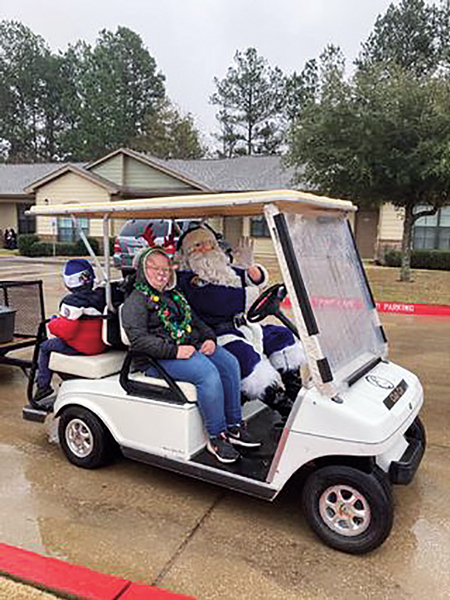 The team at Guaranteed Bug Control, Longview, Texas, regularly participates in golf cart-led apartment complex parades, particularly at senior living complexes. Field Supervisor Jade McClain confirms that most residents love seeing everyone ride by and pass out candy — and the team does, too. “It’s awesome,” says McClain, whose 9-year-old daughter, Annabelle, is riding up front with Santa in this photo. 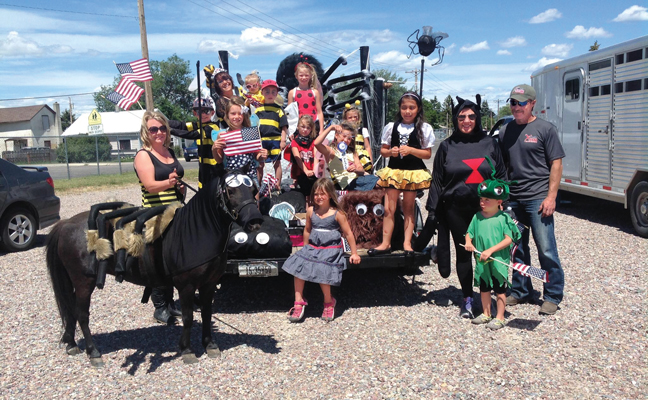 Launa Benson’s “spider pony” has won awards in two local parades. Unfortunately, during the Parade of Lights, her “spider dog” lifted his leg and, er, shorted out the lights on the float from Benson’s firm, Xtreme Weed & Pest Solutions of Ronan, Mont. 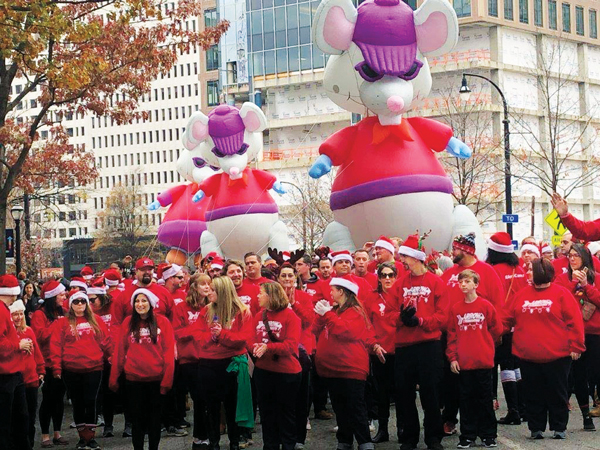 In 2018 and 2019, Atlanta, Ga.-based Arrow Exterminators was the presenting sponsor of the Children’s Healthcare of Atlanta Christmas Parade and fundraiser — and hopes to do so again in December 2021. In 2019, more than 300 team members and their families participated in the parade and expertly maneuvered the two-story character balloons, the Three Blind Mice, down the parade route. 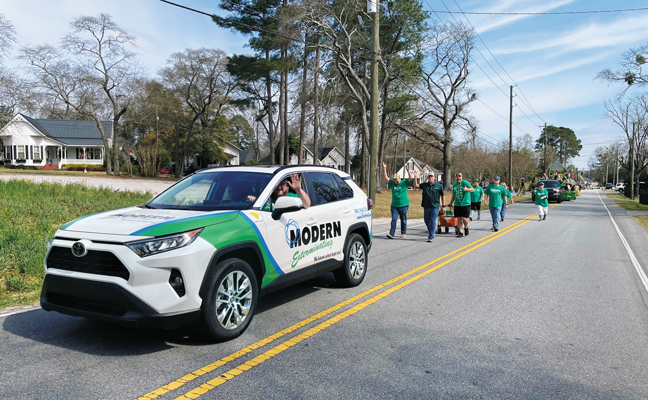 This spring, the Modern Exterminating Co. team participated in its first St. Patrick’s Day parade. Says Melanie Matthews, VP of the Columbia, S.C.-based firm, “We were opening a new location in the town and this was our ‘debut.’” 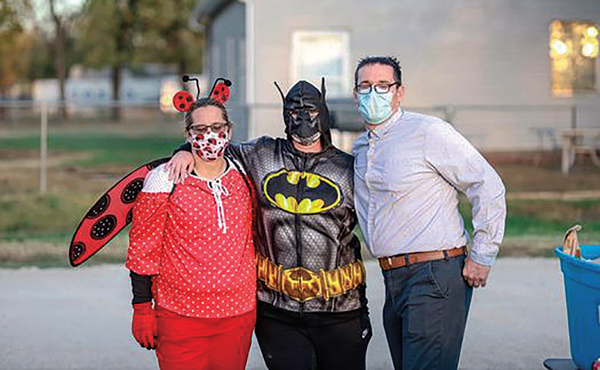 For Halloween 2020, Horizon Pest Solutions’ Melisa Arnold, ACE, helped organize a “drive-thru Trick-or-Treat” parade and event for local children in her community. “I had a local DJ and a photographer, neither of whom I met in-person until that night, donate their time and materials, too,” says Arnold, owner of the New Cambria, Kan.-based company. “It was a lot of fun.” Pictured from left are Arnold, her daughter Ashly and her son Jerid at the event.