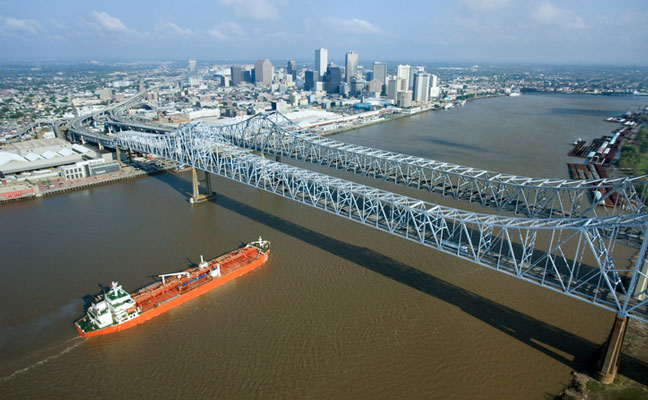 As a pest management professional, have your customers ever asked where the pests you treat come from?

Cargo ships is just one answer you can provide. A recent example involves a cargo ship attempting to enter the United States on July 17 via the Port of New Orleans. It was refused entry after invasive species of pests were spotted on board, according to news reports.

The ship, which began its journey in India, was transporting a shipment of aluminum. When the cargo was delivered in Mexico, the wood packing material that held it in place while in transit remained onboard and “scattered around the deck,” said The Maritime Executive, a news outlet that provides news and information related to the sea.

When it arrived in the United States, agriculture specialists from the U.S. Customs and Border Protection conducted a routine inspection. They found in the wood packing material fresh sawdust and what appeared to be burrow holes.

These signs of possible pests led to two inspections by officials from the U.S. Customs and Border Protection and the U.S. Department of Agriculture. They identified five pests: Three of the species are known to exist in the U.S., however, two — an ant (Myrmicinae) and a long-horned beetle (Cerambycidae) — are considered invasive. Both are considered to be an agricultural threat in the U.S., according to gCaptain, an online resource for maritime professionals.

U.S. officials would not allow the wood packing material to be offloaded and ordered the ship “to immediately depart U.S. waters, load the wood material into the cargo hold, and clean the decks before returning to the U.S.,” reported The Maritime Executive.

The cargo ship was scheduled to return to the Port of New Orleans on July 29 or 30.

Had the inspectors not seen the insects, New Orleans Area Port Director Terri Edwards said, the wood packing material would have been taken off the cargo ship and disposed of in a “Louisiana landfill where the insects could crawl out and invade the local habitat, causing incalculable damage,” The Maritime Executive reported.

Freight transport and plant protection organizations currently are working toward reducing the risk of introducing invasive pest species via cargo, according to The Maritime Executive.